As I walked through the aisles of La Sirena store in Santo Domingo looking for a traditional dress for my daughter last September, I suddenly realized something: I could clearly hear the distinctive accents of Venezuela, Cuba and Colombia from people shopping at the store; I felt as if I was in Miami. This made me think about what is diversity and how we arrived to this point in history in which the idea of globalization became a reality and took the world by storm. 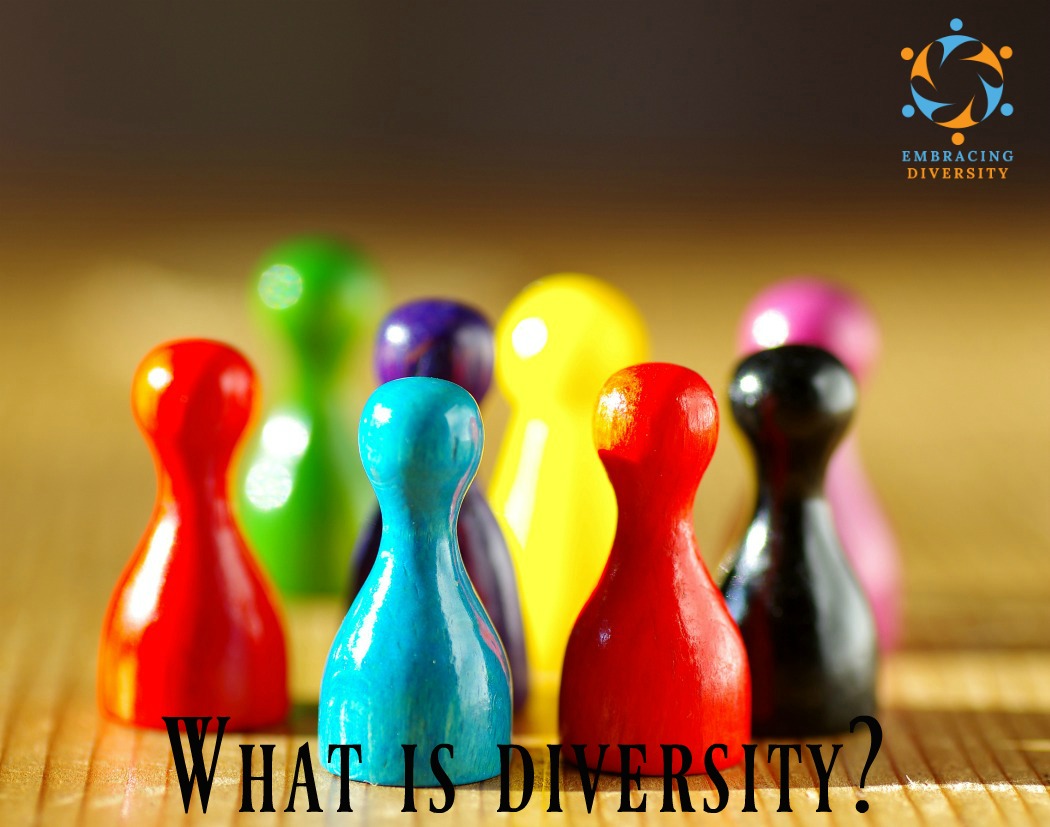 With diversity being a “hype” topic and something I’m always researching and learning about, the fact that I was questioning what is diversity really surprised me and made me realized that we are all experiencing some kind of shock by the diversity around us. Many people, including myself, are aware that this is a process that was decades in the making, but are still amazed about how quickly the demographic changes have happened in our own lifetime.

The fact of the matter is that the world has gone global and there’s no turning back. That’s why I think it is important we reflect on this phenomenon and define not only what is diversity meaning in the strict sense of the word, but to think about diversity in it social context so we can put into words not only what is, but what we aspire it to be as we continue on this journey of global citizenship.

As per the Merriam-Webster dictionary, diversity is the condition of having or being composed of differing elements: variety. Especially: the inclusion of different types of people (as people of different races or cultures) in a group or organization programs intended to promote diversity in schools. It also defines it as an instance of being composed of differing elements or qualities: an instance of being diverse, a diversity of opinion.

Although the dictionary definition is accurate and true to the word meaning, we know that to answer the question of what is diversity in social terms we have to go further and describe diversity and inclusion through a social lens that shows us what a healthy, fair and inclusive diverse society looks like. 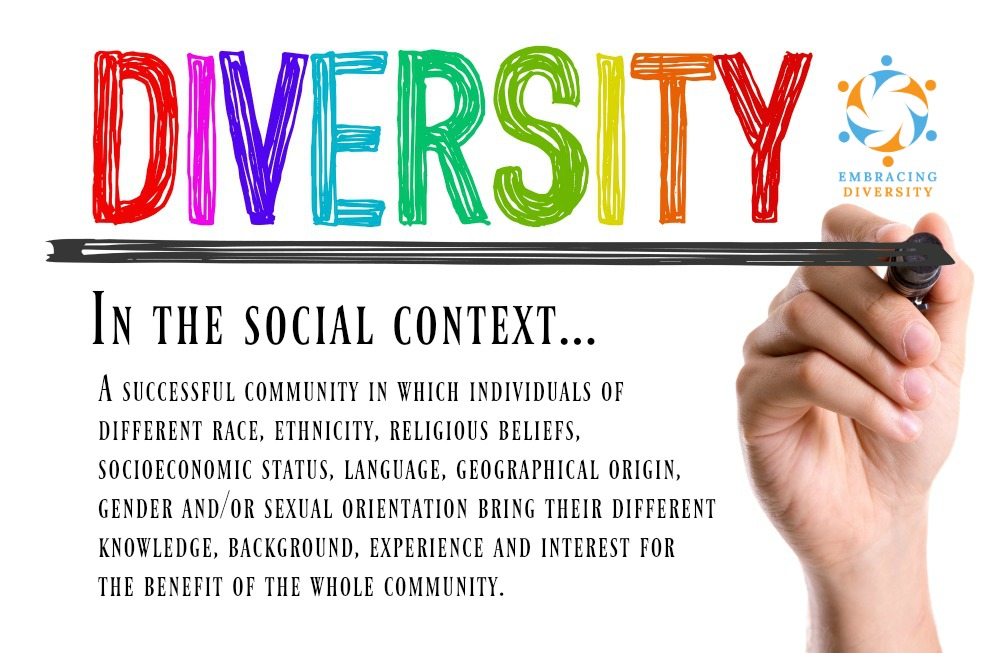 What Is Diversity In Social Terms, As I Define It

While thinking about diversity and all the controversy around it, I decided to also check the synonyms of the word diversity and two of them got my attention: heterogeneity and heterogeneousness, both with similar meaning:

As I pondered about how best to describe what is diversity within the social context, those words really stayed with me because both talk about how something can be made or composed of different, dissimilar parts, just as the American society and others are shaping up around the world. The main theme that came to me was that when we think about something that is heterogeneous, we think of it as a unity, as something that is a mixture of different components, but still something that is whole.

That being said, this is how I define what is diversity in the social context:

Social Diversity. A successful community in which individuals of different race, ethnicity, religious beliefs, socioeconomic status, language, geographical origin, gender and/or sexual orientation bring their different knowledge, background, experience and interest for the benefit of their diverse community. As they all contribute to the success of the community, individuals in a healthy diverse society practice daily understanding and respect of the different ideas, viewpoints and unique perspectives of those who are somewhat different from them, as they recognize that those individuals share and are actively working towards achieving many common goals for the benefit of the community as a whole.

With countries becoming more diverse, the ideas and understanding of social diversity are evolving and expanding due to the access we now have to interact through digital media with people all over the world. I’m a believer that by nurturing healthy and harmonious diverse societies, we will help the world thrive while creating the fully functioning societies of the future.

What is diversity to you and how would you describe social diversity?