There is a reason we will never forget 911, it was a crime against humanity and it touched each and every one of us in a particular way. One common theme when you talk to people about the events of September 11 is that we all remember where we were and how it impacted us. 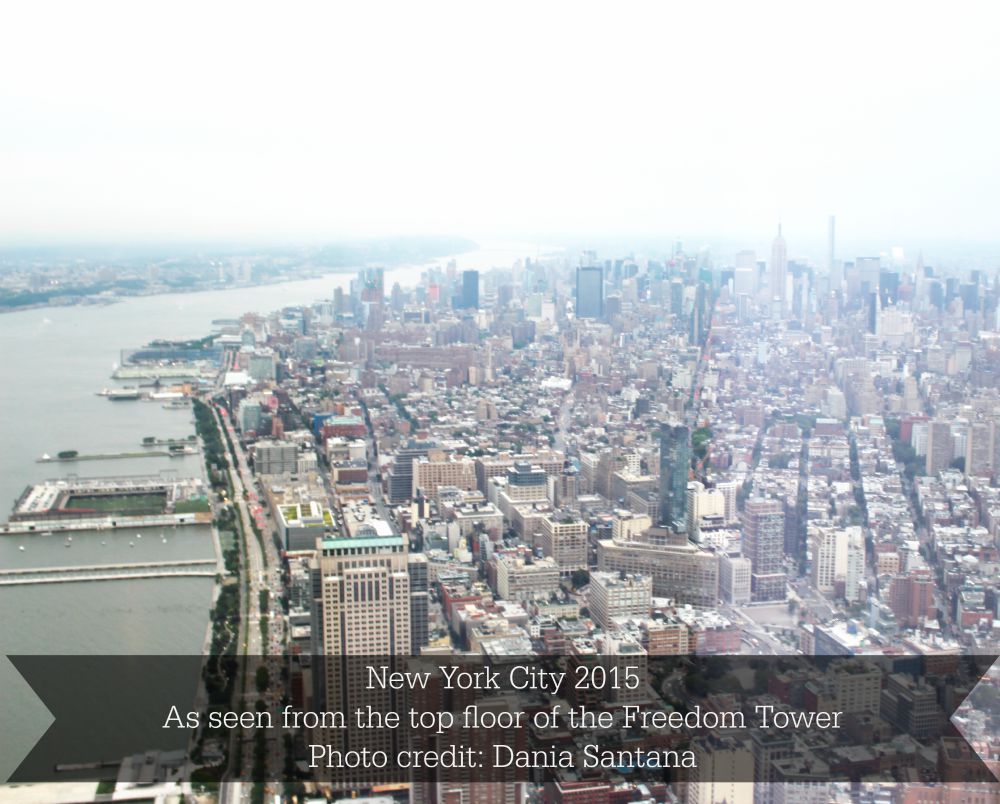 This is my 911 story as I remember every detail of what happened that day.

It started as a regular September morning in Santo Domingo as I was driving to El Caribe newspaper. Since I was a sports reporter at the time, my usual day started in the afternoon, however, for some reason, I can’t remember how I arrived at the paper at 8:15 a.m. I was like a fish out of water, hanging with the morning crew, but still, I managed to get coffee and making conversation with a fellow reporter. I’ve come to think how at 8:15 in the morning we were blissfully unaware that we will never forget 911.

The newsroom was an open space with 50+ desks and a TV for each section of the paper. On a regular afternoon, each department would have their TV on with some relevant show: entertainment, culture, sports, etc. Each team discussing the happenings within their field, some with civil, yet, passionate interactions. For us in the sports section, most of the time, passion will turn into loud arguments about baseball and basketball.

On this Tuesday though, things were starting slowly. Not a single TV was on when I arrived, and there was not much too be discussed at that point. We had an international newsroom, some reporters were from Spain, Argentina, and Peru; our photo editor was from Chile and the new Intern was from Uruguay. At this time, there were not many foreigners living in Santo Domingo, so this was an especially diverse group working at El Caribe newspaper and I’m sure, wherever we all are today, we will never forget 911.

At 8:30, Mabel, the editor of the culture section turned on the TV. She was watching the entertainment-related news and no one was really paying attention, neither to her nor to what she was watching. A few minutes later she said something really loud, I can’t remember her words exactly. What I can vividly replay in my head is how everyone that was there -about 20 of us- just stood there in front of the screen. In disbelief. In a deafening silence. 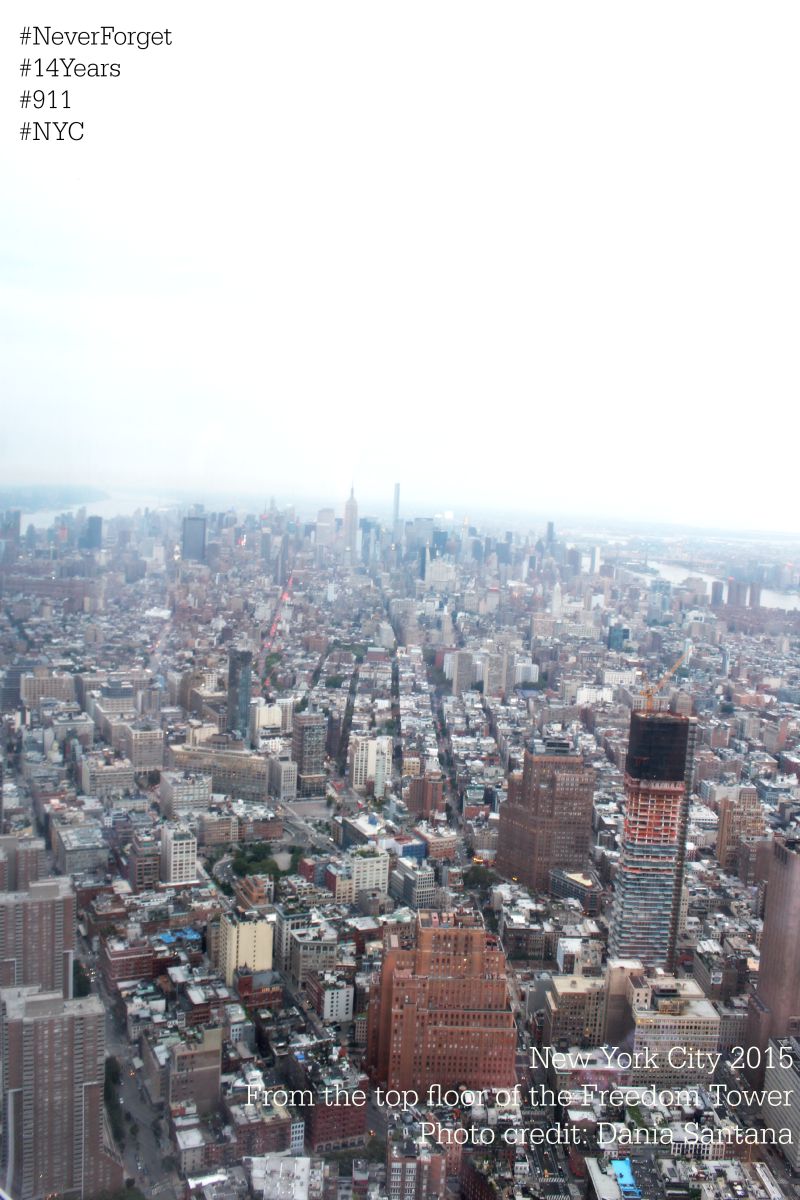 Each one of us with someone in mind. All of the sudden, miles away from New York City, all with different backgrounds, this tragedy was happening to all of us. It didn’t matter where we were born, none of us were Americans. However, it was New York, and each person felt the fear and powerlessness that something terrible was probably happening to a loved one: a friend, a cousin, an aunt, a father, a sibling.

As many of you know, Dominicans are one of the largest ethnic groups in New York City. My mind was going really fast thinking about so many people I knew that could possibly be there. At that moment I understood what terror means. The Spanish journalists were, unfortunately, more aware and somewhat used to acts of terror. Still, I could see the fear on their faces.

The events of September 11th happened three years before I moved to New York City, it wasn’t even on my plans at the time. I didn’t know then that NYC would eventually become my home, the place where my children would be born and in which my husband and I will create so many memories. I didn’t know I’d become a Newyorker one day and yet, the events of 911 shook me. I believe this to be true for most people.

Being New York such a melting pot, I feel we were all connected by the tragedy, even when we did not know each other then. That’s why I asked five friends and they were kind enough to share their 911 story. I met each one of them years after that tragic day and yet when I read their experience I felt them as mine.

Like myself, they also think we will never forget 911. And we shouldn’t.

These are their stories…

Helena Ozorio Was in Miami
“I was, as most days, running late. The DJ on the radio was saying something about an airplane hitting the Twin Towers but he was in disbelief. The radio had a reporter from NY on the phone as the second tower hit. The man was panicking, crying, screaming. The DJ didn’t know what to say. I was in shock and unable to visualize it. When I got into the office everyone was around the television – it was hard to watch, to think about it and the feelings completely took over. That day our outlook on the world changed and a part of our innocence was lost.”

Andy Checo Was in New York
“9.11.01 I was trapped on the 18th floor of a building next to the New York Stock Exchange, a week into my first job. Did not get to see anything but the aftermath while walking for miles on the FDR drive and looking at the war scene behind. It was not until I got home a few hours later that I got to see the people jumping off the buildings on the TV and the towers coming down. Can’t imagine the horror. RIP Pedro Francisco Checo.”

Lisa Quiñones Was in New York
“I will never forget hearing the accounts of people who were there. Seeing the panic, horror, grief, and disbelief; or the pleas from family members and friends looking for their loved ones. Hoping against hope that they were still alive – somewhere. I couldn’t sleep that night, or for many nights after. I feel fortunate that I lost no loved ones that day. But I cried for all those that did. And I cried for my own sense of loss.”

Sisy McDowell Was in Pennsylvania
“I just had moved to the US a couple of months before the morning of September 11th. I had taken the day off from work; I couldn’t believe my eyes as I watched what I thought was an accident on TV, and then the second plane crash into the other tower. That’s when I realized it was for real, I can’t explain my feelings, and it’s still very painful. I was scared, my heart was aching and I was worried about my friend, who was at that moment flying from Perú to NYC. That day I witnessed with my own eyes the pain of a whole country, the unity to face that pain, and the courage to continue on.”

Alcides Aguasvivas Was in New York
“I remember getting out of my morning class at WPU and walking into the cafeteria and everyone staring at the 20′ x 20′ TV screen. Everyone was in shock to a see plane hitting one of the towers. If that wasn’t enough seeing the second plane hit on live TV left everyone speechless. “TERRORISTS! TERRORISTS!” is all everyone was shouting. I don’t think any of us there had ever experienced anything like this like most people. No one knew what to do with themselves. I was an EMT at the time and ran out of school to try and get into town to catch a ride to NYC to go help. I remember the streets being so hectic. My 45-minute commute turned into 5hrs. I never made it out to go help but always wonder how my life would have changed seeing how some things ended up developing. I took the picture below in Union City at a small park on 9th Street and Palisade Ave. 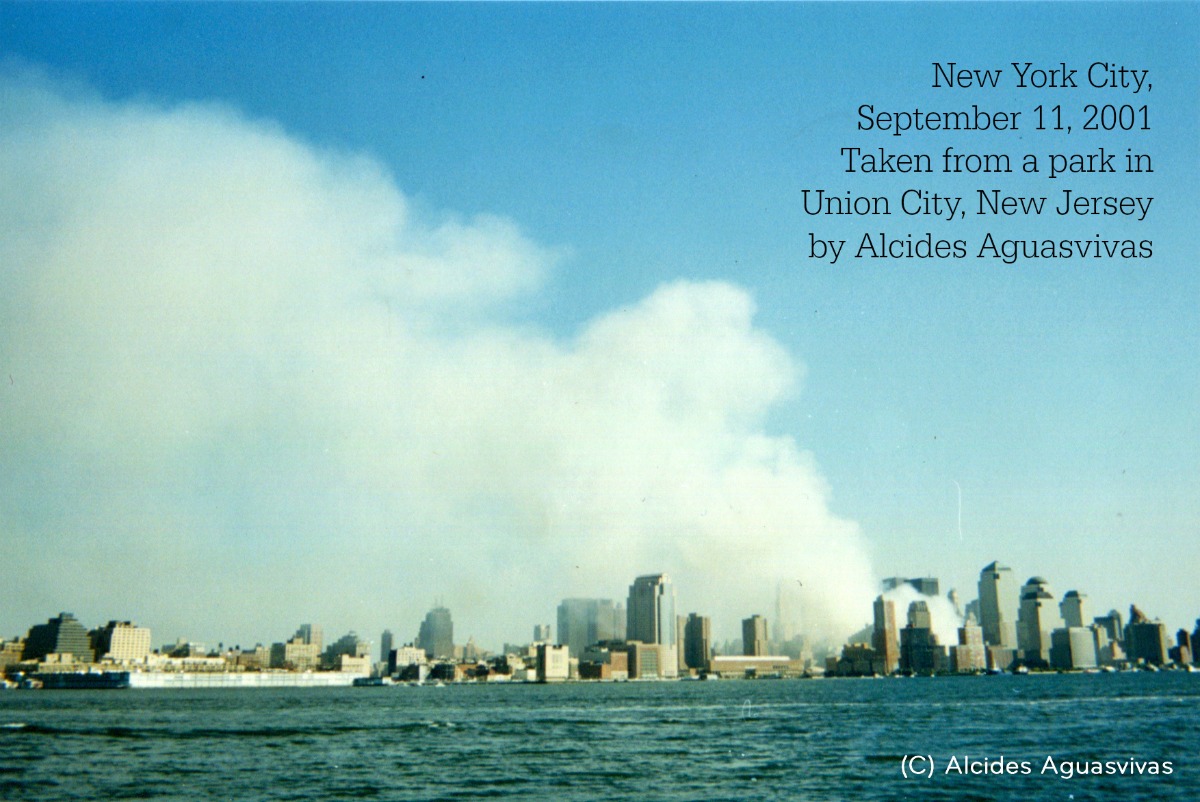 P.D. This is an edited version of a post I originally published for Babble two years ago. I made a few edits to the text to publish it here. The quotes from the friends mentioned here remain the same way they were told.

Previous Post: « Proud To Be A Latina Change Agent And Speaker For #LATISM16
Next Post: Teaching Children About Dominican Culture During Hispanic Heritage Month »