At the beginning of this week, I had the opportunity to attend the #WeWontWait2016 Summit in Washington, DC as a part of the delegation for Moms Rising. It was an experience full of somber moments as we heard many stories of social injustice; it was also inspirational to see women of all backgrounds committed to taking action. There is no time to waste; the stakes are too high to stay on the sidelines. 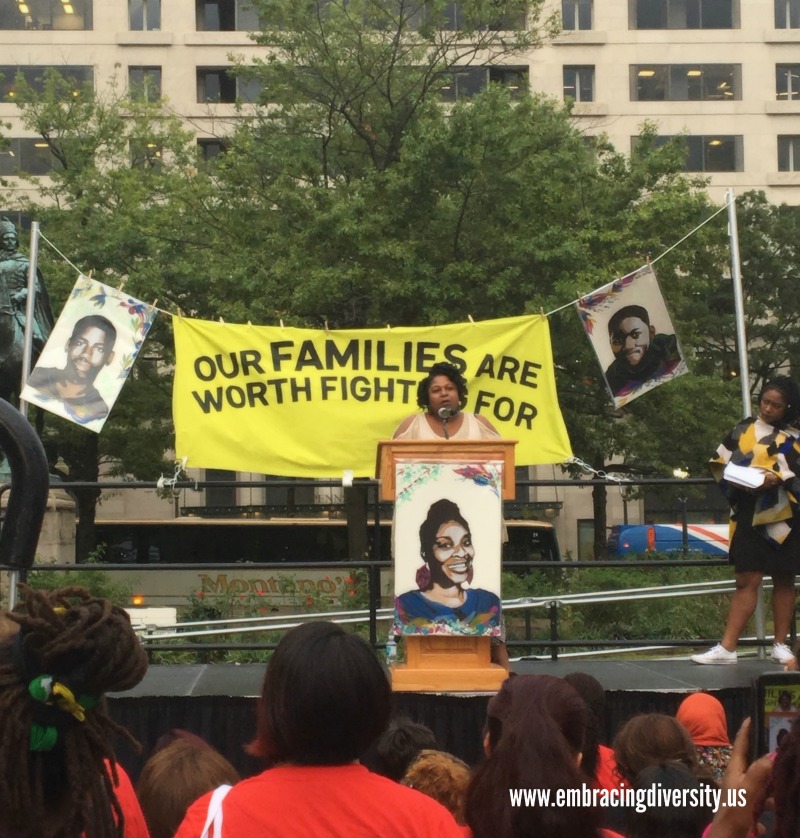 The #WeWontWait2016 Summit is a national movement that reunites women from around the United States to discuss and advocate for a “whole person politics” approach on issues that affect the lives of families. The event, as a part of the nonpartisan nonprofit campaign of the same name, provided a platform to elevate the voices of women to call for a policy agenda that promotes economic security and communities that thrive.

Attending #WeWontWait2016 was a great experience for me as I found myself nodding and agreeing with each one of the great speakers who were on stage. I was also moved to tears to hear mothers mourning their children who had been taken and seeing how they haven’t been given at least the comfort to know that justice was made and that those lives weren’t lost in vain.

I was also brought to tears by the undocumented mother facing deportation and having the impossible dilemma of leaving her children behind or taking them with her back to a country where she doesn’t have a home or any resources, and where gang violence has only increase. I was faced with the realities and struggles that women of color are experiencing in this country, and was reminded of my privileged situation in comparison with so many other women who are fighting impossible battles.

The #WeWontWait2016 Summit was a reminder of the duty I have as a woman of color, as a Latina, as an Afro-Latina, as a mother, as a daughter, and as an American to give voice to those who don’t have the access to a platform like I do. I was reminded of the duty to take action and be a change agent by fighting the injustice we are seeing at so many levels.

Yesterday, I watched Baltimore State Attorney Marilyn Mosby speaking about the power of now as she shared the story of when she ran for office; she was encouraging the women in the audience to dare greatly and to “take complete advantage of the awesome power of now, an ideology shared by any prolific leader throughout our history.” 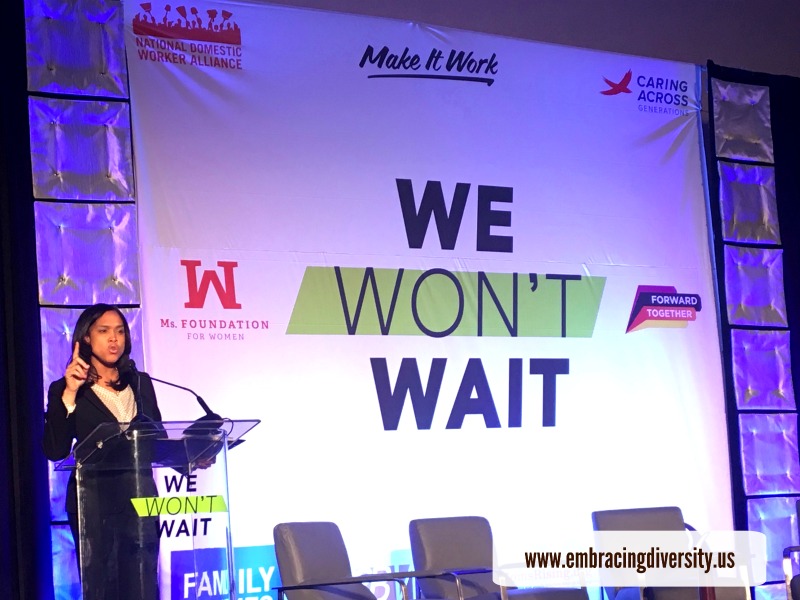 She then said something that I think we have to ask ourselves in this moment. She said, that despite the critics telling her it wasn’t her time, she questioned those statements: “… the skeptics wanted to know, how could I, have the audacity. I looked to my faith, I channeled my confidence and I asked myself, if not me, then who? If not now; then when?” In the face of the current violence and injustice, are you questioning yourself and what’s your role?

I Choose To Demand Justice Now

After arriving in DC last Sunday, I sat on the shuttle bus with my friend Linda while we headed to the Gaylord National Hotel where the #WeWontWait2016 Summit was taking place, I quickly noticed that to my right, sitting next to me was Samaria Rice, Tamir Rice’s mother. She was talking to a woman sitting in front of me at the bus, and they discussed the dead of her son and how her family is coping with the loss.

I felt sad and angered to hear her talking about another boy, 13-year-old Tyre King, who had just been shot in Columbus, Ohio, just a few days before. We talked briefly about how there is a need for people to understand this is not an issue for African Americans to face by themselves, as this is an American crisis that should matter to all of us. After we got off the bus I didn’t see Samaria Rice until the vigil on Monday night, and despite the sadness of the moment, there was so much hope there. 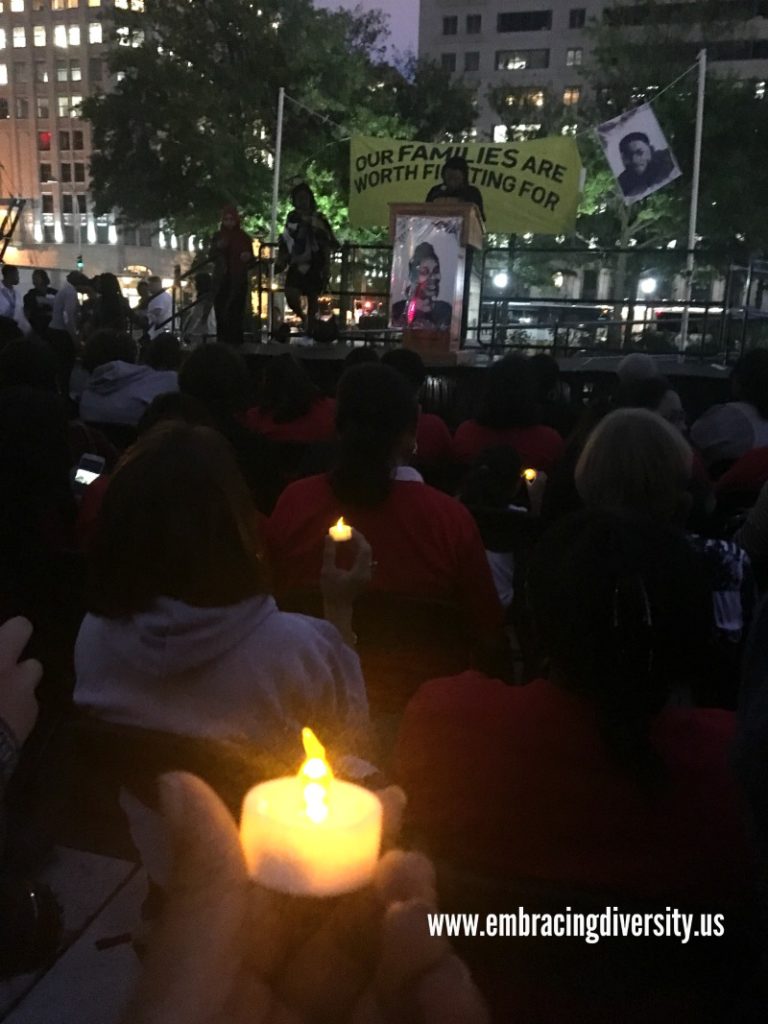 However, come Tuesday, there it was again. Another unarmed black man shot to dead, another grieving mother, another fatherless child. Terence Crutcher had the misfortune of needing help with his vehicle, which turned out to be a death sentence.
I’m disgusted by the empowerment some police officers are receiving when they take a life and get paid administrated leave and a pat on the back. We must demand real action, prosecution for those who take a life, consequences for the men and women in uniform that are supposed to be there to protect us ALL, not just the few.

My heart aches for those families, as a mother I can’t even begin to imagine what is like to be the victim of such violence to one of your children. Worse than that, I can’t bear the thought of not only having a death child but also having to watch how that child is demonized in order to justify the unjustifiable. We have to do something. We have to do it NOW. We won’t wait; we can’t wait any longer.

If you are reading this, no matter your background, race or ethnicity, I want you to reflect on what is happening and look at other countries, and at our on history as Americans. Once you do that, think if violence and the killings of people have ever brought about peace and prosperity to any nation. Think that even if your kids are of ‘the right color’, violence just makes everyone unsafe; it diminishes the humanity of everyone as we become perpetrators by not taking action and just participating of a society in which kids can be killed without repercussion. 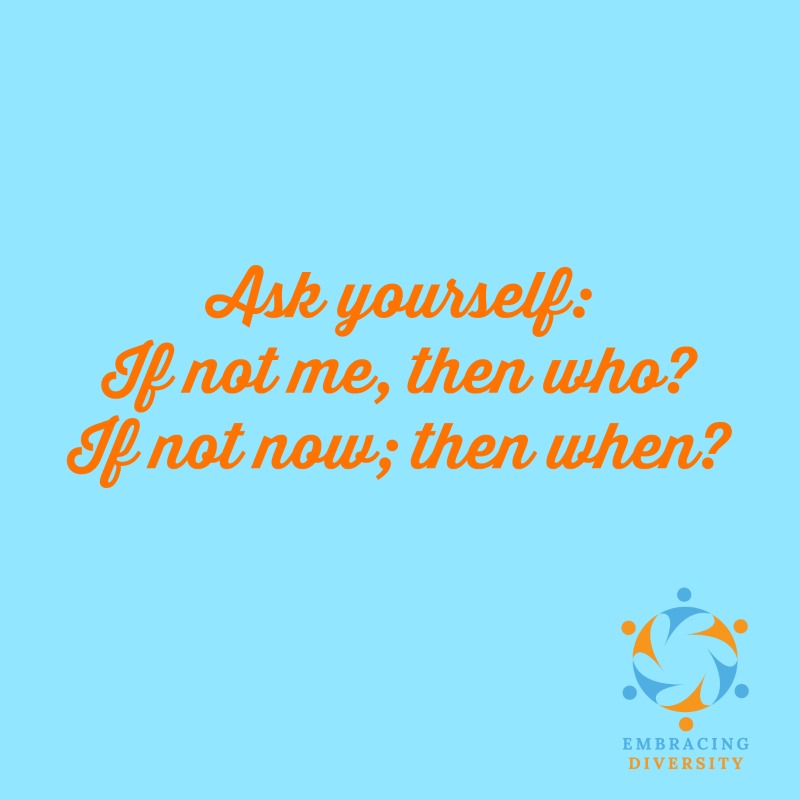 There were many important issues discussed during #WeWontWait2016, but in the face of murder, I couldn’t just write about those today. I will share with you some more about the summit and my experience, but not today. Today, I just want to ask you to do ONE thing: please call, email or both Tulsa District Attorneys’ office directly (Phone: (918) 596-4805 | Email: DistrictAttorney@tulsacounty.org). You can also sign this petition. Let’s demand that Tulsa DA Kunzweiler indict the officers who murdered Terence Crutcher.