I don’t have any real memory of my mom living with me as a child since she moved from home months before my 4th birthday. Although she didn’t leave the Dominican Republic at that time, it was the first degree of separation from her children, years before she became an immigrant mother and when she was still young and inexperienced to understand what that meant for her in the future. She was only 26 and already divorced. 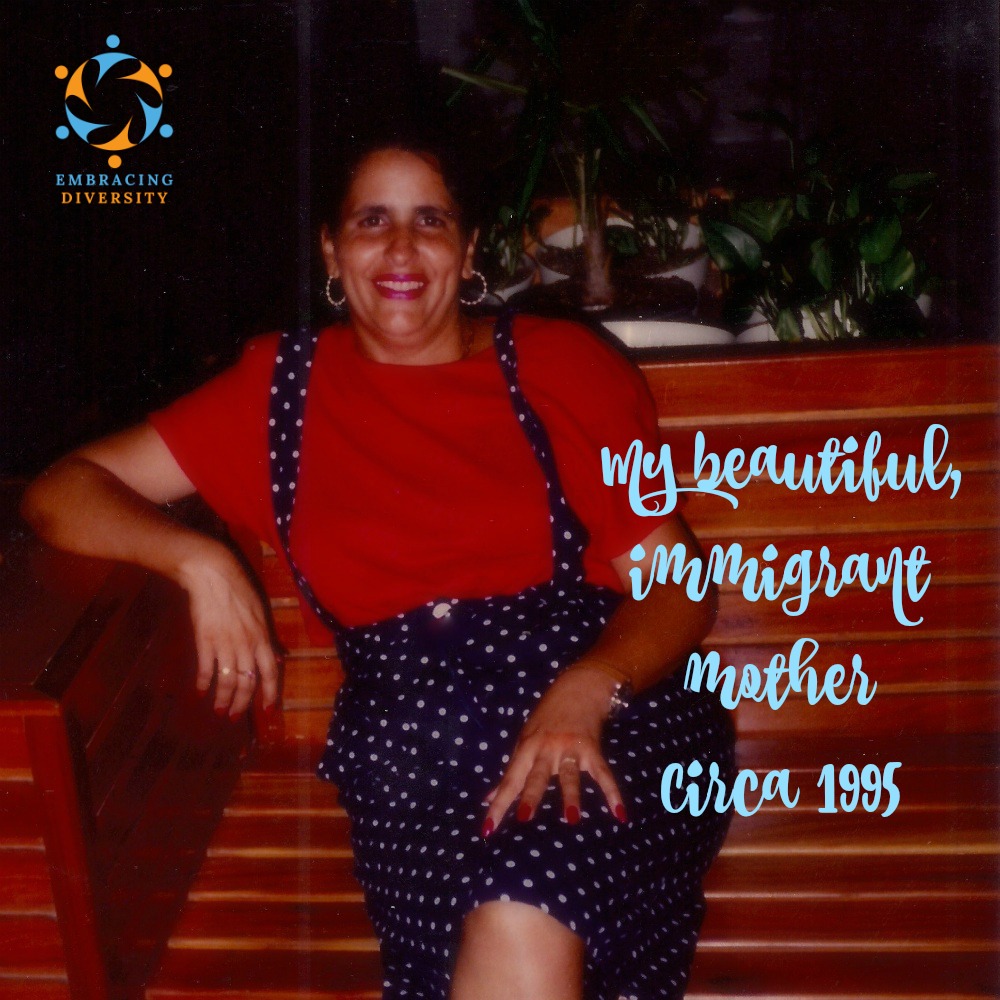 Leaving my older sister and me behind, even if just to live in a different part of Santo Domingo was a decision that, as her child, I didn’t approve of and didn’t understand. I grew up wondering why and at times feeling unloved by her, and resenting her absence. Now as a mother myself, and knowing the story of many immigrant mothers and my own experience as an immigrant mother myself, I’m able to see what I didn’t see back then.

Mami became a mom at 18 and went to live with my father and my paternal grandmother; a woman who taught her a lot and was a mother figure to her, but who had unconditional love and support for her own son. In many ways, she was alone in this new life as a wife and mother. When she decided to leave, she had to start a life from nothing, and learn to be an adult by herself. The very difficult decision to leave us with my father and paternal grandmother was the best she could do for us at the time.

Nine years after living on her own, my mom had found a new partner and gave birth to my younger brother. Her financial situation hadn’t improved, she was living in poverty, apart from her two daughters and with a newborn baby in her arms. My mom has always been a hard worker, a woman determined to better her circumstances and doing the best she can. During my brother’s first few years she sold boiled beans and sweet beans, and at the time walked miles to her mother’s house to borrow money to buy food, she endured a lot.

When my brother turned 2 years old she couldn’t take it anymore and asked a friend about leaving the Dominican Republic to any country that could have jobs and a better way of life for her and eventually for us. That’s when she had to make the decision again, but this time becoming an immigrant mother by moving to Aruba in 1992. It was time to start again in a foreign country, in a different language. A journey that took her through amazing experiences and as many painful ones. 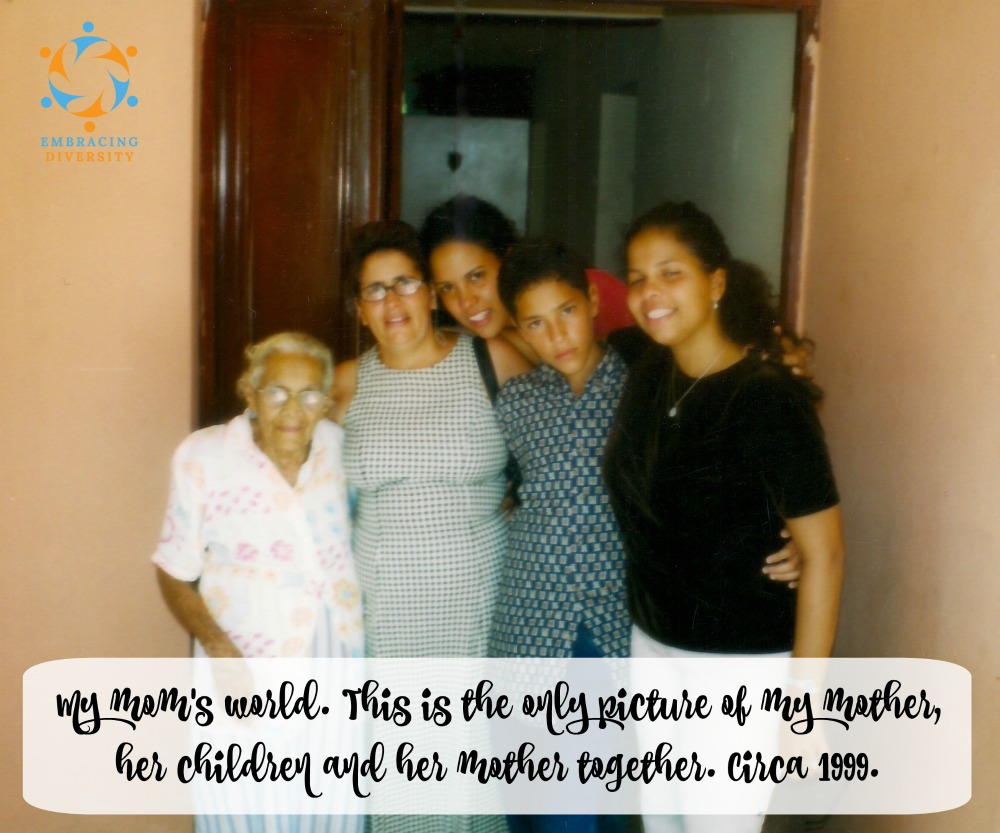 A Tribute To My Immigrant Mother On Mother’s Day

Knowing what I know now as a mom and being a different kind of immigrant mother, I want to honor my immigrant mother’s sacrifice and courage to leave her children behind in search of a better life. For whatever heartache and feelings of abandonment I experienced, I know her choices were more difficult, I know she had to endure the loneliness of immigration, the mixed feelings of leaving her children behind, having to navigate unfamiliar territory and learning new sets of values.

My mom became an immigrant mother and started living a cross-cultural life after 35, but like many other immigrant mothers, she did so at the very bottom of the social ladder. She worked laborer jobs as a housekeeper, cleaning lady for people’s houses, she then moved to baking cakes, worked hotel security at a 5-star hotel, and even had her own business with a home daycare.

It took guts, resilience, and determination to go through that journey, everything my mother achieved during those years, she did so while carrying the heartache of not having her daughters with her. She was able to bring my brother to Aruba by the time he was 5, and experience the difficulties of raising a child in a foreign culture with no family support. 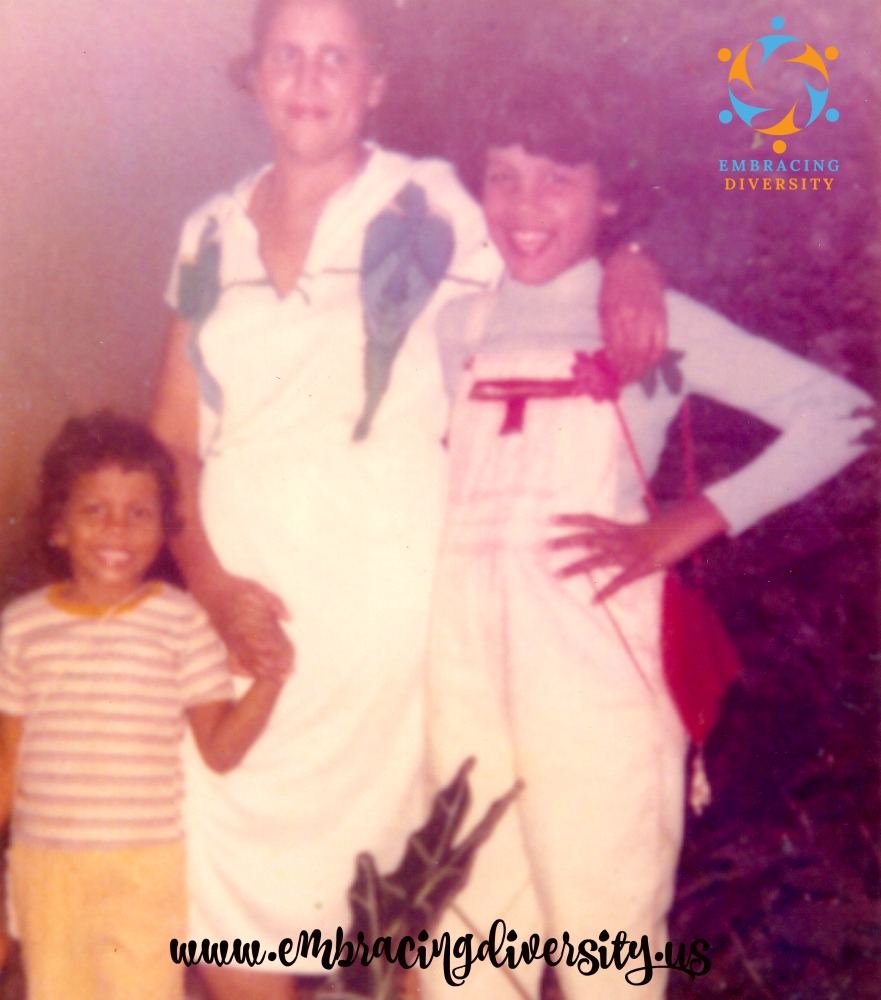 Immigrant mothers like mine give up the undivided and unconditional love of their children, they forsake their revered place as moms and, as the years go by, they see that place being taken by those, kind enough to raise their children back home. My mom learned to be a provider from afar, to stay in touch, to not being number one. As a mom, I can only imagine how difficult that must have been.

Forgive me for any time I have complained because you weren’t there, for my lack of understanding and my selfish desire to have you there. As a kid, I didn’t get it; and while those scars still hurt sometimes, when I see you and think of your journey, I’m proud of you and what you accomplished. I’m glad that life reunited us and that today, me and my children enjoy the gift of your presence.

Today, on Mother’s Day, and always, I want to pay tribute to my immigrant mother and all the mothers out there who have made one of the biggest sacrifices any mom can make: leaving their children behind. I honor your journey, recognize your courage and love you for wanting more, for not conforming, for rebelling against poverty and making the hard choice to pursue a better life.

Previous Post: « What Are Cross-Cultural Kids And Where Do They Come From?
Next Post: Heritage Language Maintenance Is Key To Family Bonding And Identity »