Traditionally in the United States there has been a common believe that speaking any foreign language is an act of un-Americanism, a betrayal of sorts. As if by speaking a language other than English, one is denying a core American value. This topic has been one of contention for a long time, and as such, one that has people divided. That’s why I want to talk to you about the unifying power of bilingualism in a nation that has been fighting to be monolingual. 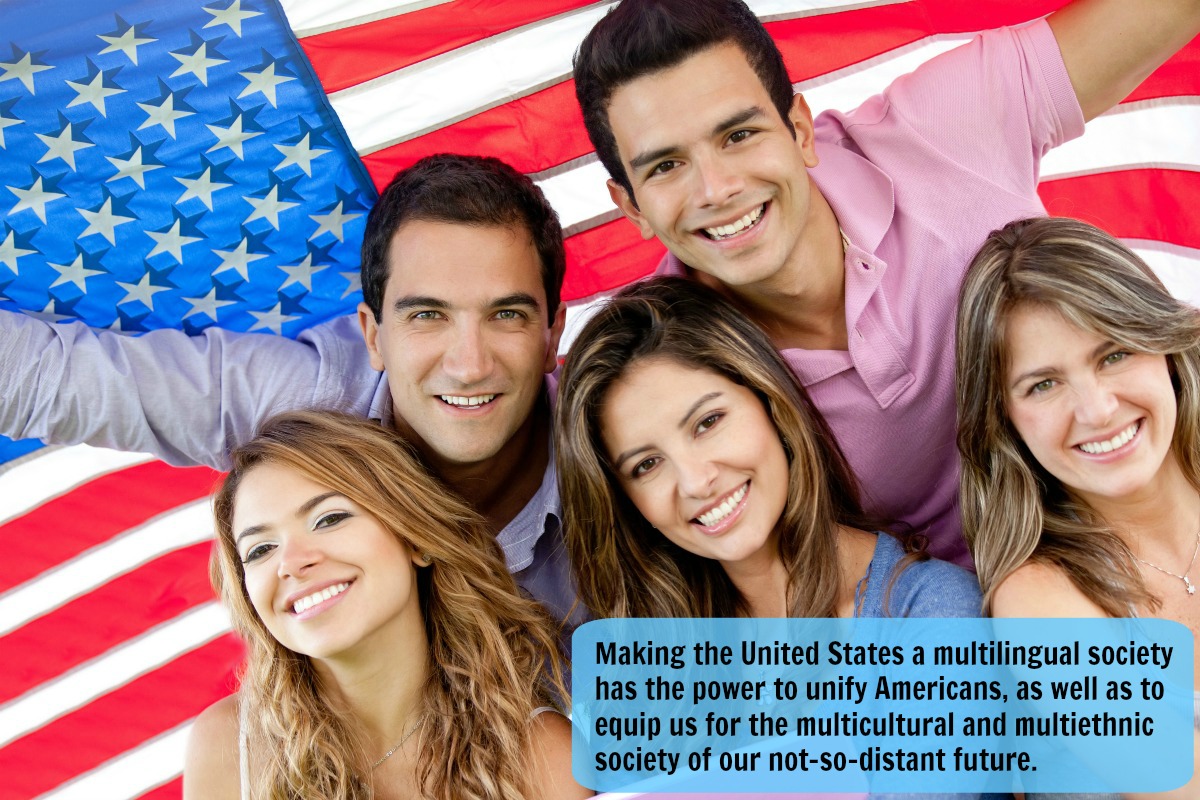 To better illustrate this; I need to take you to my daughter’s school backyard during recess on any given day. As in any other school, you’ll find boys and girls running around, singing and playing games. The difference here is that the children at Casa Montessori are highly diverse. In the last three years, for example, my daughter’s closest friends have been very representative of that: an African American, an Indian, a Caucasian, a Belizean, a Colombian and a Japanese.

At a glance, if you see these kids together you’ll probably think they are all very different from one another, which is true to some extent. However, as you pay close attention you will realize they have many things in common. Among those things, is the fact that they are all American children learning Spanish as a second language! This charter school, in my opinion, is a model for how the public schools of the future will look like: diverse student bodies learning more than one language and learning from one another.

Besides the obvious benefits of language learning and social skills of being in a multicultural environment, these relationships among the kids create connections among the parents, like a domino effect that helps spread understanding and friendship for people that might not otherwise meet. That’s an undeniable example of the unifying power of bilingualism, which helps build bridges of understanding and enriches the lives of people who venture into a new language.

Before I continue making the case for the unifying power of bilingualism, I want to address the idea of English as one American unifier, the language that connects us all. The main argument is that the United States should make English its official language, so the government can promote it as one of the symbols of the union, like the flag or the American eagle.

As an immigrant American, I agree that English should be the official language of the United States. In fact, before all the hype about this topic, many people, myself included, didn’t even know that it wasn’t. I think it is clear to everyone that English is the American language.

In my opinion, if that decision is made, to make English official, it will be a confirmation of the common understanding and should not impact in any way policies that support the study of foreign languages. The best example to that comes from Europe, in which countries as small as the Netherlands continue to speak their own official language, even if it isn’t spoken anywhere else, but the Dutch, as the majority of Europeans are usually fluent in at least a second language besides their own, and in many cases, in two or three languages other than theirs.

So, should English be the official language of the US? Yes. Should all Americans have access to learning a second language? Definitely yes! 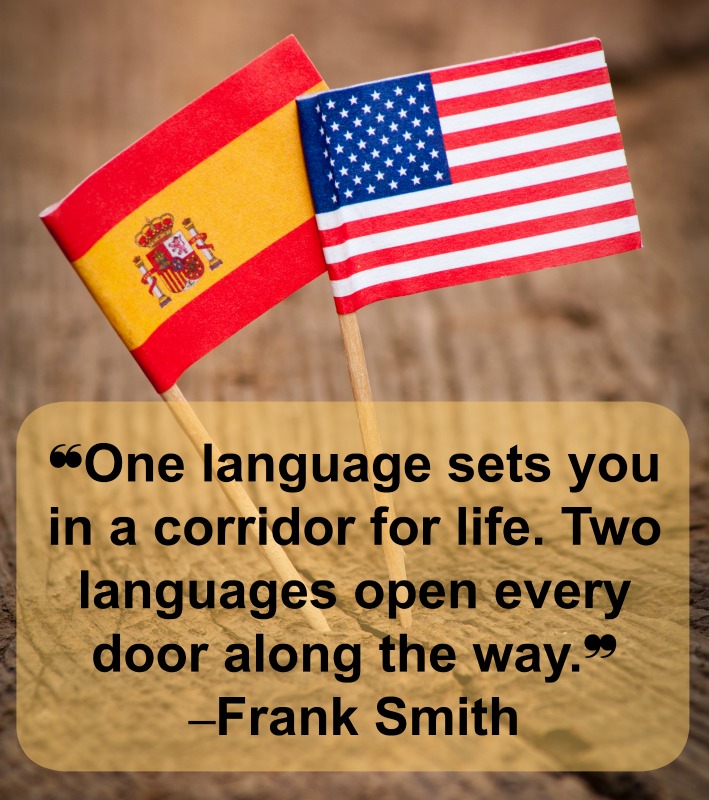 It is time for America to harness the unifying power of bilingualism, to help the next generations be fluent in at least one other language that will give them an advantage in the job market, opening opportunities for them in an economy that is in constant change. Bilingualism can be adopted without changing the main role of the English language in the United States, and it has the power to unite us.

You might be asking yourself if when I talk about bilingualism I am advocating for people to learn Spanish as a second language. Not necessarily. The key is to open up about teaching children other languages and in doing so, choose the languages that make sense from the standpoint of the global economy: languages that are good for business, that are spoken everywhere and that also make sense within the frame of the US.

The key is that we remove a barrier and open ourselves to the world, with a genuine interest in learning about other cultures, traditions and ways of life. In doing so, we will all be more prepared to interact and understand each other here at home; it will close the gap in national understanding. People with different backgrounds will not feel so foreign and unknown, we will be able to have dialogues and ask questions directly.

Making the United States a multilingual society has the power to unify Americans, as well as to equip us for the multicultural and multiethnic society of our not-so-distant future.

What Can We Do?

There are two things we can all do to create the needed change towards a society that is more open to foreign language acquisition:

Embark in learning a second language. You might be thinking that this is easy for me to say because I am already bilingual. I’m here to tell you that every important thing we do involves our commitment and work. At the same time, I want you all to know that it is possible and not as hard and complicated as you may think. I started learning English when I was 20, so I did not grow up bilingual, and here I am almost 20 years later being able to communicate in English. Also, my mother learned Dutch at 45 years old! A language that is harder for a Spanish speaker because of its root, but she did it and it is possible for you, too, to learn a second language.

Advocate for bilingual education in your district. The advantages of bilingualism for academic success are several and have been widely spread. We now know it is good for our children to be raised bilingual, so we need the school system to get in tune with that. The only way that this will happen nationally is if we all contact our school district officials and advocate for implementing immersion programs in our area. There has been some progress with bilingual schools being created, but we need an effort that involves the school districts, one by one, until we get to see bilingualism integrated to the curriculum in k-12.

Let’s remember that proficiency in a second language is an asset, an advantage that has academic, cultural, social and professional impact. We should all be advocating for policies that implement bilingual education in a sensitive and effective way throughout the mainstream academic setting.

Previous Post: « Embracing Change to Embrace Diversity To Be A Catalyst For Multiculturalism
Next Post: 5 Effective Ways to Support Language Acquisition »