As a multiculturalism and diversity expert I’m a true believer in the power of unity and the ripple effect it has when a community unites to prosper. It’s been a week since I came back from an amazing experience at Hispanicize and although there were a lot of fun things I enjoyed there, I like to reflect on the positive impact that this year’s conference central theme and focus has for us as creators, but also for the American Latino community at large.

I remember a long conversation I had with Manny Ruiz last year and he told me about his concerns for the lack of a unifying voice for our Latino community and how we struggle to become a united front.  He even wrote an article asking why we don’t have a Latino Jesse Jackson. That’s why, it came to no surprise to me that this year’s event focus was centered on the power of unity as a way to discuss how we can achieve working together for common goals.

Many would argue that a theme is just a theme, and while that is true, as a content creator I know how powerful it is to give name to something, to birth a concept that will prompt to action. As Helen Keller said: “Alone we can do so little; together we can do so much.” The simple fact that the Hispanicize organization decided to create this theme, it created the platform to have conversations that needed and some that hadn’t even made it to this stage before.

One example of that was the presence of Rev. Jesse Jackson during the “fireside chat” on Wednesday highlighting the importance of the vote as the most powerful tool minority communities, like Latinos and Blacks, have to achieve our goals. 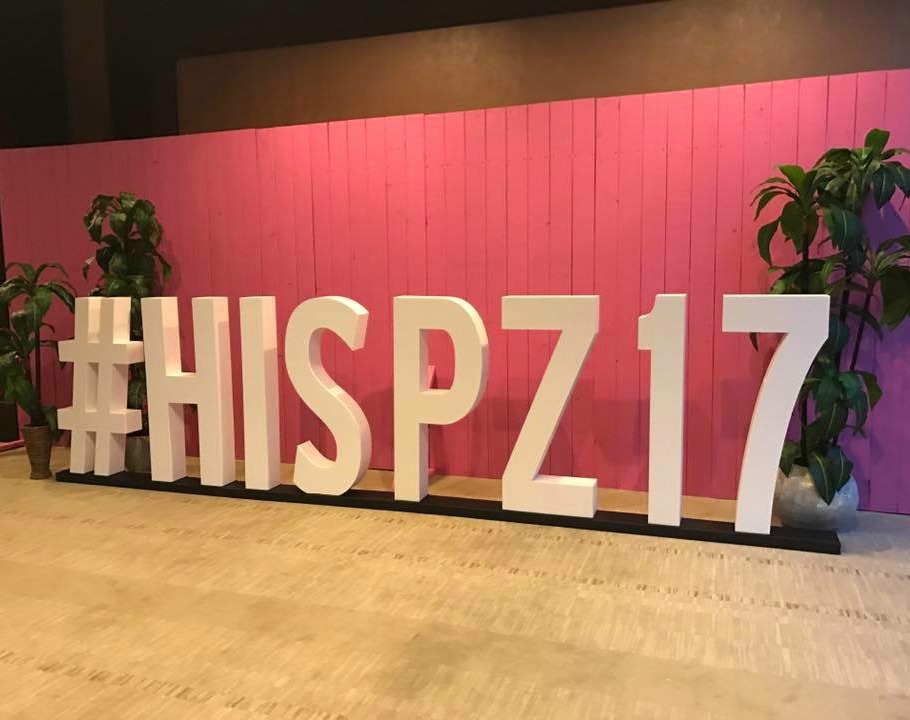 Along with Rev. Jesse Jackson was Claudia González Romo, head of global public advocacy from UNICEF who talked about the need for us to learn to speak up as a community and focus on the things we have in common in order to move forward. “We don’t have to inherit the fights of our ancestors… It’s time for us to look at the bigger picture, what we are losing here if we don’t look at the bigger goals, it’s actually not being able to elevate the plain field for all. So, I think that we stop looking at those small, minor cultural differences and start focusing on what unites us.”

All of the discussions around the power of unity reinforced my belief that we must embrace our cultural differences and our diversity in order to be stronger and able to act as a united front. Like Claudia González Romo said, we don’t have to inherit the fights of the past because with those we keep repeating cycles of injustice. In order to do that, we must commit to the forgiveness and reconciliation needed to heal wounds of the past.

My Top 5 Hispanicize Moments Elevating The Power of Unity

That’s why I decided to do my recap based on the top great moments that truly carried the power of unity theme and were a testament of what we can create and do together if we embrace one another. My hope is that they inspire you, move you and prompt you to action. 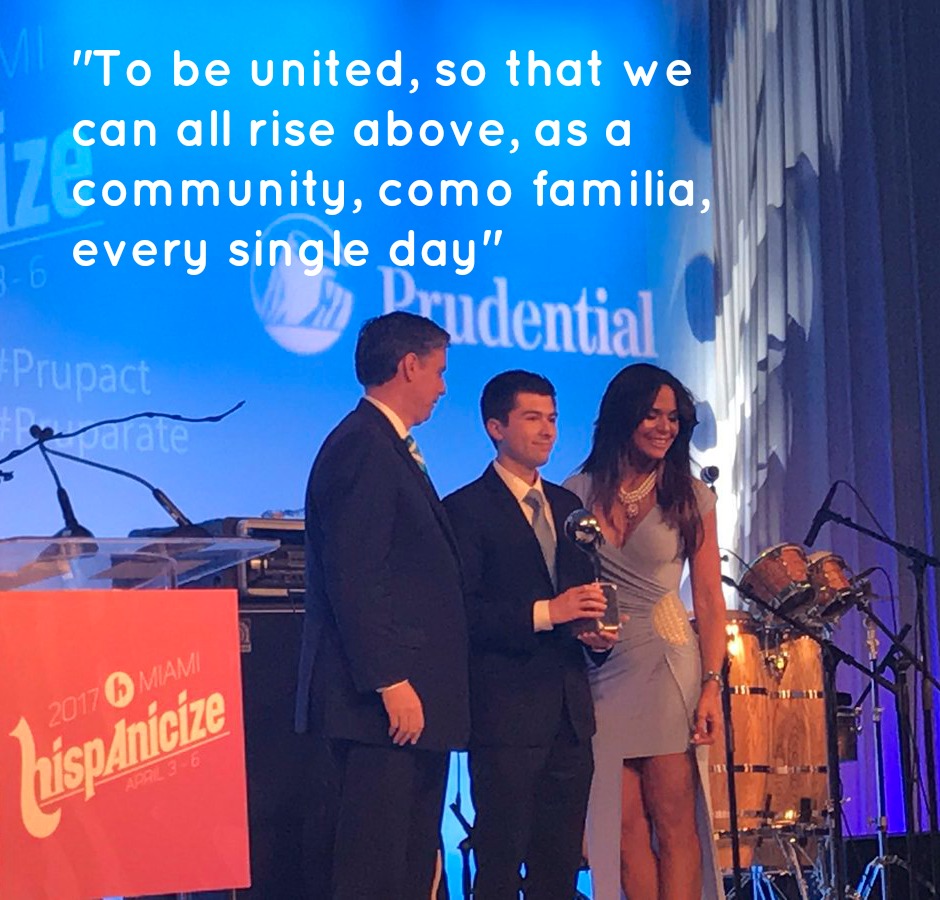 The top moment for me was definitely listening to student Dante Alvarado, who won Person of the Year during the Positive Impact Awards and made me cry during his acceptance speech as he recognized the sacrifices of his grandparents and his parents (I know, I’m such a mom!). However, this was my top moment because of what he said on the power of unity, and how we can rise up together “como familia”, like a family. I loved that he had so much wisdom being a young man, and that he is ready to share that wisdom with others. It makes me proud of the younger generation of American Latino kids, who are working hard, getting educated and giving back. Dante Alvarado is an example that we can, and we must, unite to help the new American Latino generation achieve as a way to secure this country’s future. 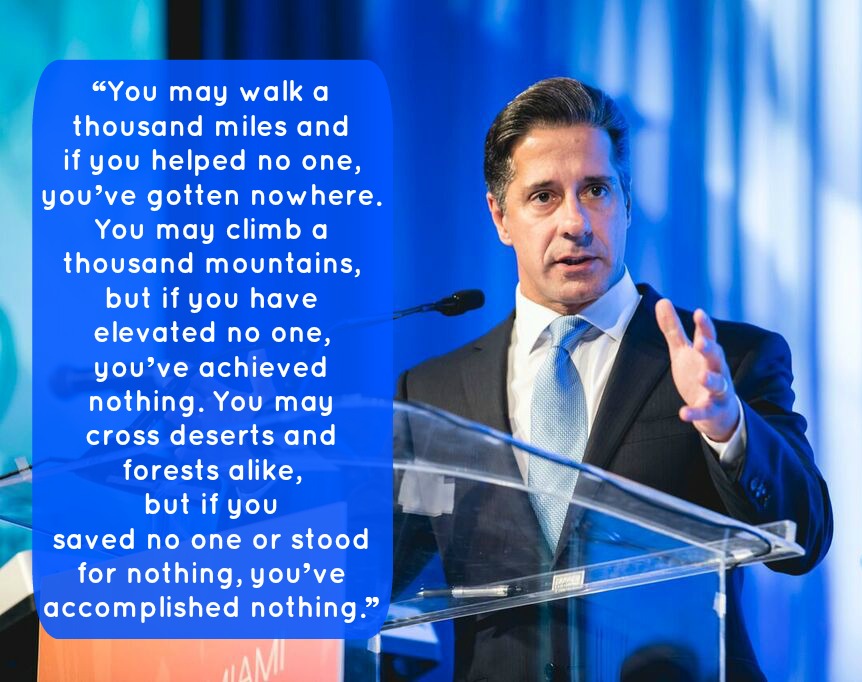 While there were so many things I did and enjoy while at Hispanicize, the Positive Impact Awards were the highlight of the conference for me with so much inspiration and commitment from the people who came to the stage. That being said, my second favorite moment that is a testament on the power of unity, was when the Superintendent of Dade County Public Schools, Dr. Alberto Carvalho, came to the stage to talk about the value of immigrants and how nurturing people has consistently brought progress and prosperity to this country. From his speech, his first few words were the most inspirational to me: “You may walk a thousand miles and if you helped no one, you’ve gotten nowhere. You may climb a thousand mountains, but if you have elevated no one, you’ve achieved nothing. You may cross deserts and forests alike, but if you saved no one or stood for nothing, you’ve accomplished nothing.” I recommend you watch the full speech here. 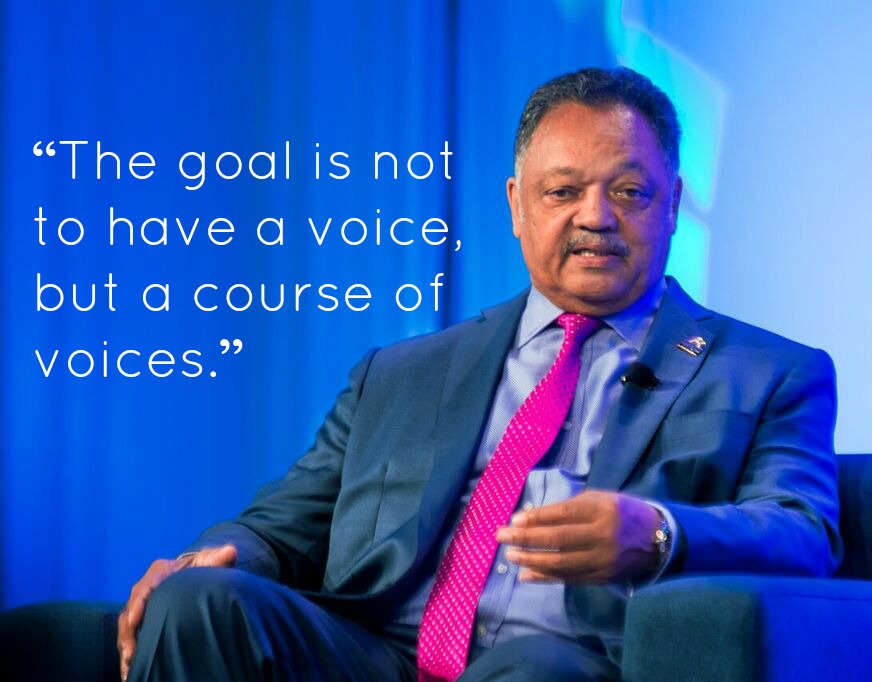 The third great highlight of the conference for me was listening to Rev. Jesse Jackson. It means a lot that he was there being such a good example of devoting to community and fighting the good fight. While he said many valuable things about leadership, organizing and voting, there was one statement that struck me. Something simple, yet powerful: “The goal is not to have a voice, but a course of voices.” We do need leadership to represent us all as Latinos, but he highlighted the value of everyone being involved and raising our voices for one another. 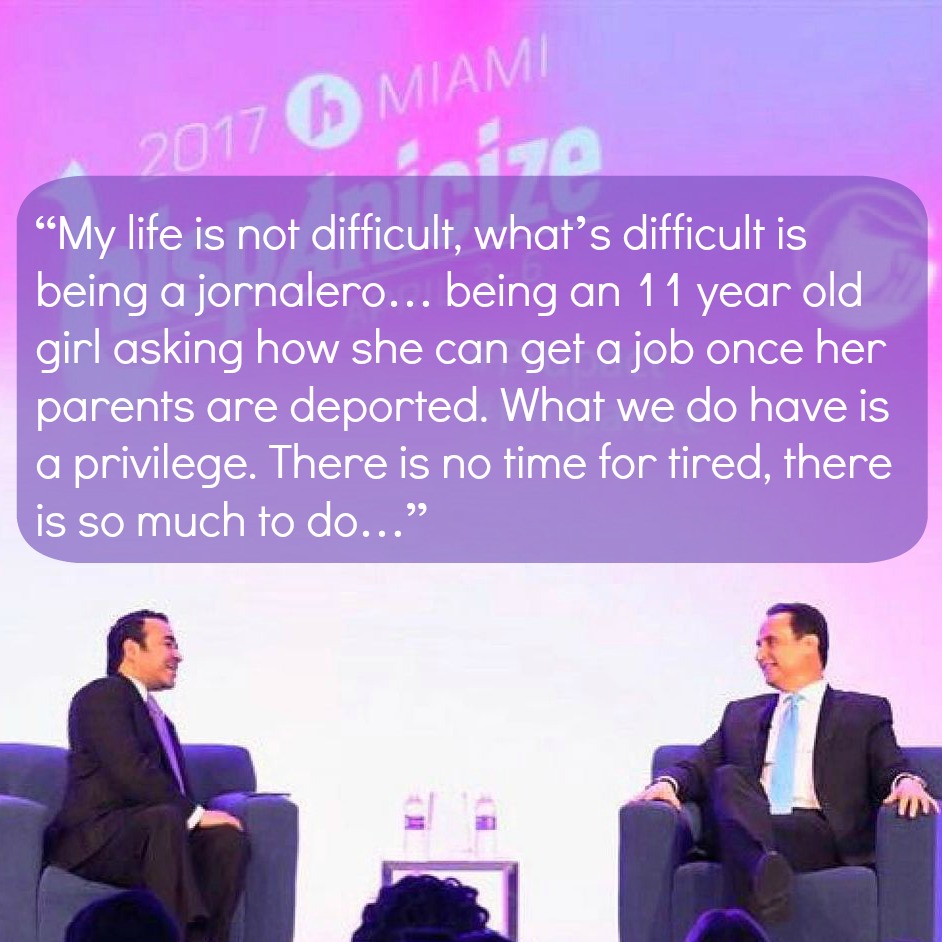 Attending the Latinovator lunch with José Díaz Balart was a very powerful and emotional moment for me. He remembered one of his first assignments as a reporter to the Dominican Republic and how the people he met there impacted him. A lady, from a poor neighborhood thanked him for being there, for giving her a voice. This made me think about the universal link we all have when we are able to see each other humanity. Beyond being a part of a certain community determined by where we live, we are all connected through the human experience. José Díaz Balart is a great example in our community of what it means to stand for what you believe in and the potential we have when we use our power and influence to impact the lives of others. This statement to me was everything: “My life is not difficult, what’s difficult is being a jornalero… being an 11 year old girl asking how she can get a job once her parents are deported. What we do have is a privilege. There is no time for tired, there is so much to do…” 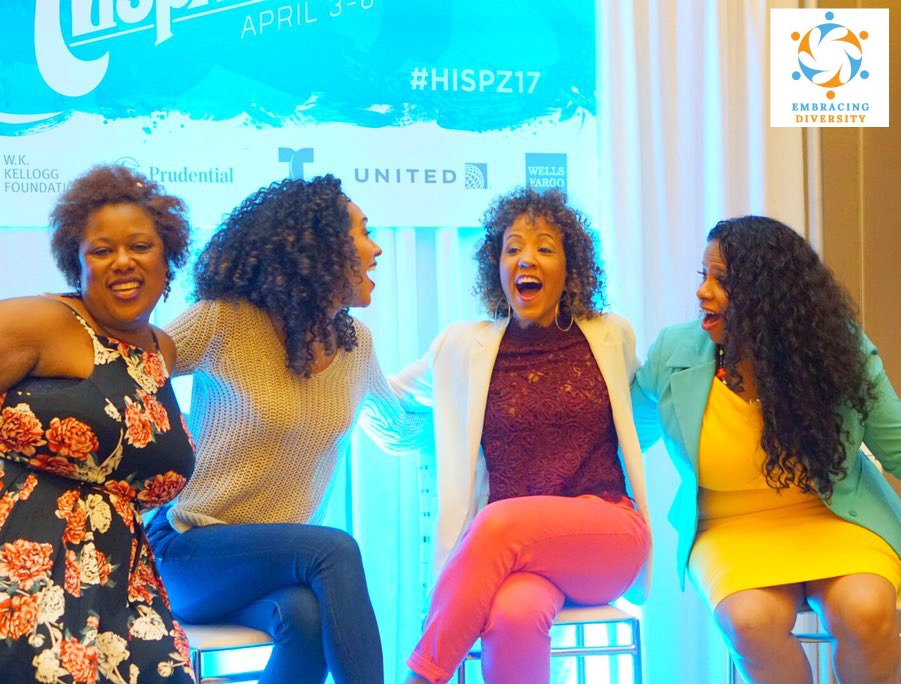 Last, but not least, is a very personal moment for me. Hosting the Afro-Latinas Panel and getting a great response from an audience that was eager to have this conversation. We know that the topic of race and afrolatinidad are not address nearly enough. More than that, we rarely see this conversations in platforms like this, and I am grateful for the fact that Hispanicize gave us that opportunity and opened the door to discuss Afro-Latinos within a conference that’s looking to unite and represent. For me, having been to Hispanicize almost every year since 2012, this was a moment of seeing our community coming full circle. Talking about the power of unity while being mindful and inclusive of the Afro-Latino conversation was very powerful and unifying

Previous Post: « Afro-Latina Identity: Influencers Talk About What It Means To Be A Black Latina
Next Post: What I Want My Children To Know About Identity And Belonging »