Imagine a girl who grew up in a house with only dirt under her feet and not paint on the walls. Imagine how she used to daydream about traveling the world as she took yet another trip to her grandmother’s town or saw herself in the beautiful places the characters of her favorite soap opera visited. That girl was me and as I took my first trip abroad to visit my mother in Aruba, I was overwhelmed with all the emotions and excitement from years of dreaming about this moment. 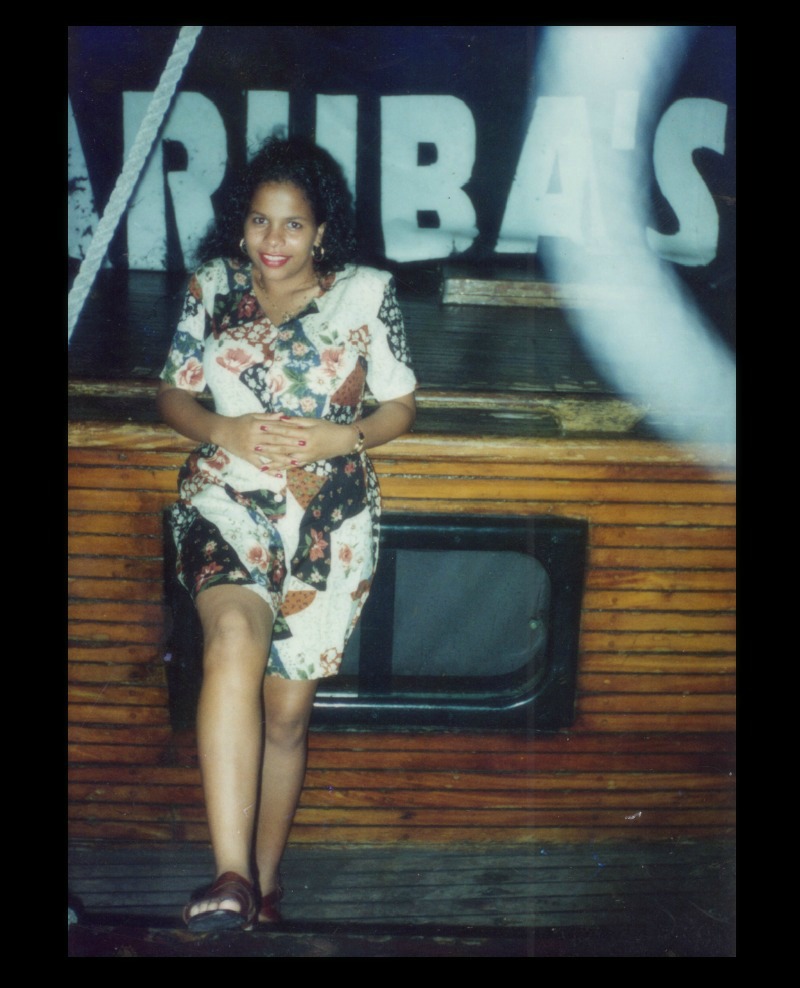 I hadn’t seen my mother in more than 3 years and I didn’t know what to expect from our meeting at the airport. She was now remarried and had my baby brother living with her, they were a family and I had never lived with her like that. It was not only my first trip abroad, I was also entering foreign territory and was nervous about how I was going to feel during my time there.

Before I was to face those feelings, came the excitement of getting on a plane for the first time ever. I was so excited that I even wore the formal outfit Mamá Amparo had picked for me instead of the cool jeans and ‘rocker’ look I was aiming for. Flying, I was going to be flying and just the thought of that had me walking on air. Being that this was my first trip abroad I didn’t know what to expect of Aruba, and I didn’t research.

Getting on the airplane I was all giggles between the excitement and the nerves; still remember that hollow feeling in my stomach as the plane took off. Looking through the window to see how high I was and imagining how everything will look like. I tried to play it cool as if this wasn’t my first trip abroad, but I think my smile during the whole flight gave me away. My heart was beating so fast as we landed, and getting off the plane I lost my balance a bit because of how strong the wind was.

Back then in Aruba you had to get off the plan on the tarmac and then walk into the airport building, and I wasn’t prepared for how strong the wind was. When I walked into the building, I say my mother, we hugged and some of my nerves calmed. The next few months were incredible, an experience that allow me to get to know my mother better than I had known her during my lifetime.

My First Trip Abroad Was Full Of Firsts

There were many things I experience for the first time during my first trip abroad. Because I spent several months in Aruba, there are countless memories of fun and adventurous things I did, but some of them were more precious because were things I had never done in my life, and they were happening as I reached adulthood. I think they were a sign of the years to come and the many adventures and opportunities that were to come my way.

My favorite firsts during my first trip abroad:

My first trip abroad was an amazing experience of discovery and a bonding time with my mother like I never had before. This year of my life was the beginning of a decade full of adventure, learning, love and loss for me. I enjoyed every minute of it.

When and where did you go on your first trip abroad?

Previous Post: « College Freedom, Local Travel And Life At 17 Years Old #TheYearOf40
Next Post: What Is The Fair Housing Act & How Are You Protected »