By far, one of the most defining moments of my life was getting into college at 16 and experiencing for the first time what it was to be the youngest person in the room at all times. Of course, I had been the youngest in many spaces, including at home being a kid and then a teenager, but this was a different experience because here I became a fellow student, an equal, even when many of my classmates were often 5 years older than me, and some even doubled my age. 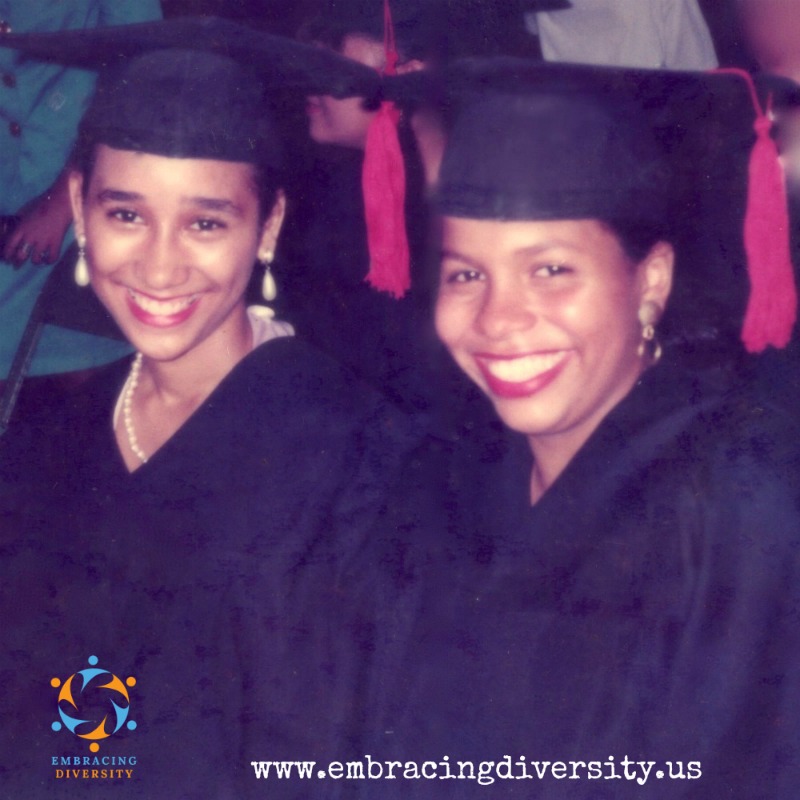 While I didn’t know it then, starting college at 16 was preparation for the next 16 years of my life in which I’d find myself being the youngest at the table. Learning to deal with the sense of ‘being fake,’ trying to pass for older not to be outed as inexperienced or become the but of the jokes just because of my age was a skill that served me well for years to come.

After turning 16 on May 1, 1993 and graduating from high school in late june, I spent the next few months getting ready to start college at 16, continuing to do freelance work as a door-to-door survey tester and experiencing how many people would dismiss me because of my age, how they felt they knew better and I was just a brat who happened to be headed to college at 16. That made me an eager and quick learner and even though I’ve never lied about my age, I made an effort not to disclose if it was at all possible.

I joined the Humanities College of the Universidad Autónoma de Santo Domingo (UASD) (http://uasd.edu.do/index.php), the oldest university in America, the first ever established by the Spanish settlers during La Conquista in 1538. Along with its prestigious name and origin, UASD presented a wide variety of challenges for its students due to the lack of funds the university receives. Many people call it ‘the university of life’ because you have to grow and mature pretty quickly to face the issues you encounter.

For me, stepping into college at 16 it was very eye opening and a great learning experience, way beyond my studies in the School of Journalism. It helped me grow in drive, determination, it enhanced my sense of urgency and planning, and made college the best training for the challenges I was going to face as a young reporter once I entered that job market.

The Freedoms Of Going To College At 16

While I wasn’t living on campus as it is customary here in the United States and I still lived with my father and my grandmother at home, I started to interact with a lot of adults, with people that had families and responsibilities I couldn’t even imagined then. It exposed me to poverty once again in a way I hadn’t faced since my early years of life and it reminded me that I had to succeed, be grateful and humble about the opportunities my life now presented, having freelance jobs and getting my independence at such an early age.

Behind were the days where mamá didn’t know what was going to be for lunch or dinner, because both my sister and I had been working and contributing to the house. We were not rich by any sense of the word, but it was a time of empowerment, where our struggles were different and I could see that every day spent at the patio of the Humanities College of my alma mater.

Being in college at 16 made me realize I was fortunate to have fare money to go back home from my classes since many of my peers would get there and ask classmates for money to return. Such was their thirst for learning. More than that, such was their desire to change their circumstances and have a better shot at life by getting an education. I know that today there are also other students attending colleges in the Dominican Republic that come from similar circumstances and are doing their best to change them.

Starting college at 16 opened my eyes to the real world and made me feel free to come and go, gave me autonomy even before I was considered an adult legally. For the next fifteen years or so I would benefit from the experiences I had that year, and found myself being the youngest person in the room many times. I took those opportunities to heart and they have served me well.

Did you started college at 16? If not, at what age?

Previous Post: « The Meaning Of Afrolatinidad And Why It Matters
Next Post: College Freedom, Local Travel And Life At 17 Years Old #TheYearOf40 »