It was 1980, a year that marked the beginning of a decade and also my 3 years on earth. In our family’s history, however, 1980 will go down as the year my father won the lottery in the most unsuspecting way. Here is the thing, my father has never been a gambler, he never plays lottery nor he has been a casino man. In fact, he bought the winning ticket pressured by my godmother as he was visiting her and “el billetero” stopped by to sell her the usual, as she was a regular costumer of the lottery tickets’ salesman. 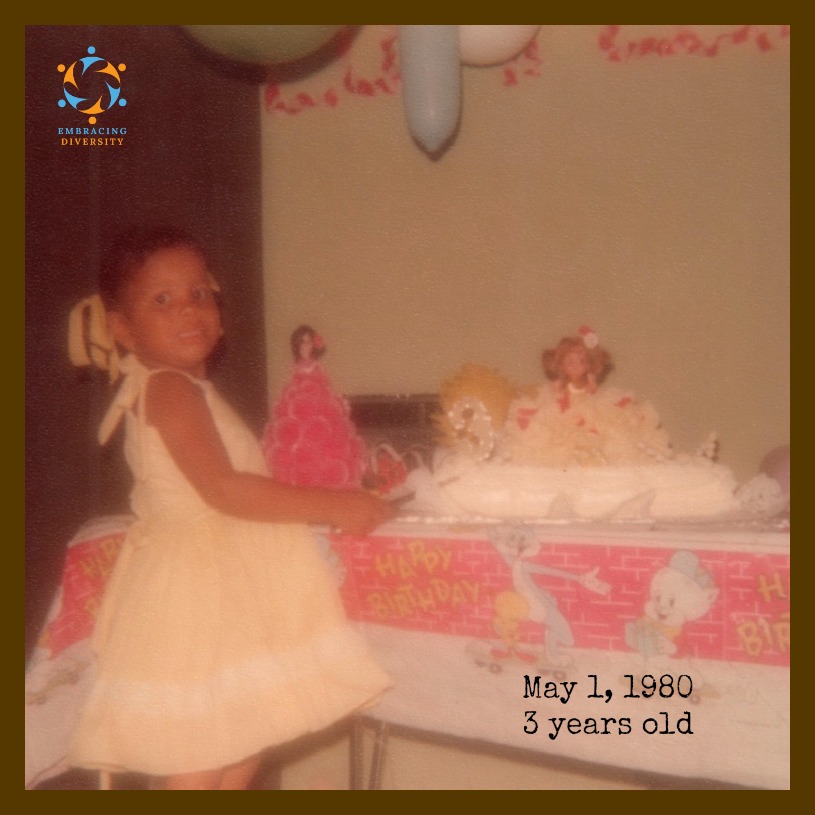 Three months before the day my dad bought the ticket, we had moved from the José Martí street house where I had been born to a temporary place in Villa Mella, which at the time was almost like moving to the countryside. In hindsight, my parents and my grandmother were visionaries when they decided to move as a decade later the area where my father and grandmother had lived since 1968 became a place that wasn’t suited for raising a family.

The moved happened in March, 3 months from my birthday and from the date my father won the lottery.  Before the lottery thing happened, my father and grandmother had bought a land in Villa Mella where they were going to built my grandma’s dream house. Since the money was just enough for the land and to start the foundation work, we were living in a house that didn’t have a bathroom inside; there was a common latrine outside for several houses in the area.

Again, this is part of the history of my family that I don’t remember at all but that I’ve heard many times over the course of my life. I also had a refresher recently when I asked my mother about that time my father won the lottery, to end up having to call my dad anyway because my mother didn’t remember many of the details.

It was so entertaining to hear his recount of the events that lead him to win the lottery, and the way he found out and communicated the news to my grandmother that it was clear this was the memory I needed to preserve from 1980, the year I turned 3. 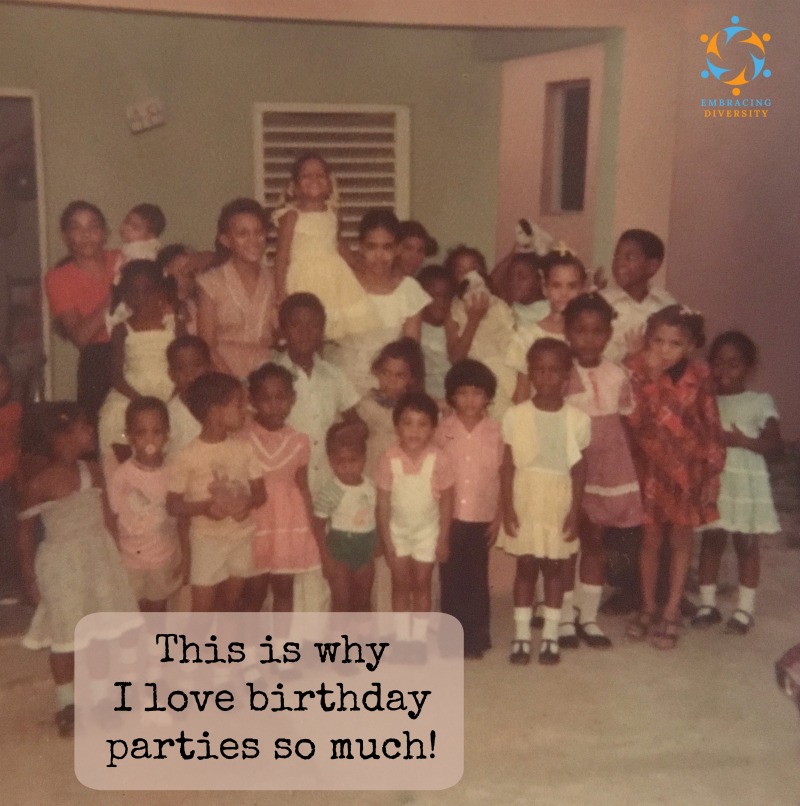 Here is how my father won the lottery

Since it had been only three months since the move, it was normal for my father to visit el barrio where he grew up, married and had his first two kids. The neighbors were like family, especially la comadre, my godmother, who lived in the house next to us. It was the morning of Sunday of May 25th, three and a half weeks after my third birthday, and it was also Mother’s Day, which in the Dominican Republic falls on the last Sunday of May each year.

As my father was getting ready to leave,el billetero showed up. Sergio, lottery tickets salesman, was there to sell my godmother her usual numbers and since he was also a family friend, he knew that my father didn’t like gambling or playing lottery. However, this time was different, my godmother Teófila said. “Now that you don’t live here, you should help Sergio out by purchasing one or two pedacitos.

My dad hesitated and tried to get out of it, but my godmother wouldn’t have it. So, he gave in and decided to buy one. Okay, give me 1 ticket,” he said. But he struggled to find a a number that had some sort of meaning; his birthday, my grandma’s birthday, his college ID number, but he had no luck, as Sergio didn’t have any of those numbers. As he continued to browse, he spotted the number 84 and remembered that it used to be the number of the José Martí house before they rearranged the numbers on the street, and they gave them the number 332.

Once he decided on the number and Sergio handed him the ticket, my godmother said no one bought just one pedacito, and insisted he should get another piece. It never occurred to him to get a second piece of the same number, to increase his chances of winning ‘something’, so he went for the number 86, which was la comadre’s old house number.

After that, he went home and forgot about the whole thing. He didn’t even remember that the lottery numbers were picked on Sunday night. The day ended and the next day he went to work as usual. My father won the lottery and didn’t know it. He went about his Monday at work as usual. 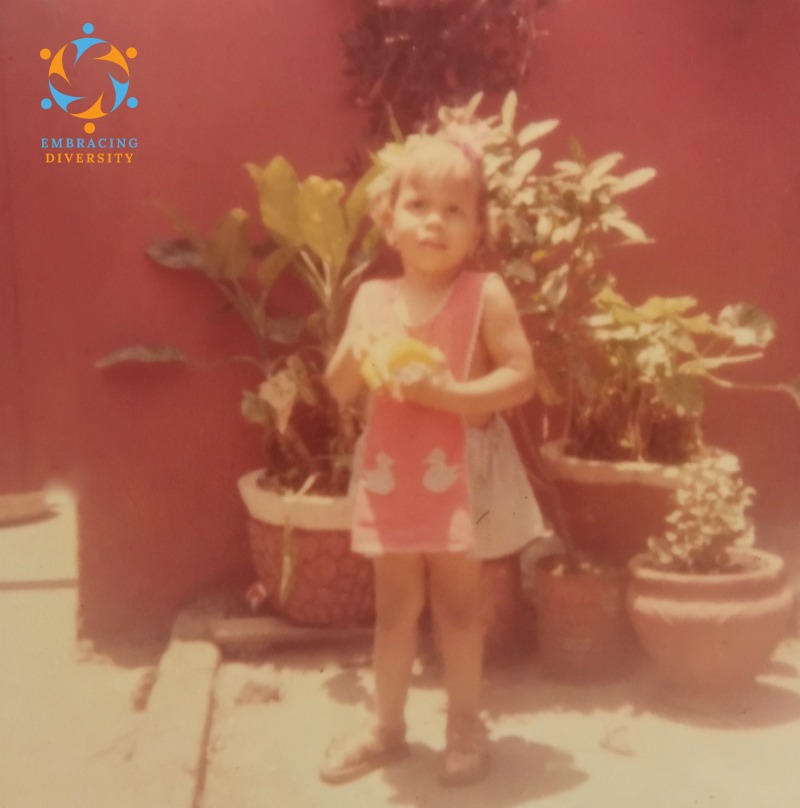 At the time, it was customary to go home for lunch and la siesta, a tradition Dominicans inherited from the spaniards that is now long gone due to globalization. So around noon, he took his 1967 Volkswagen Beetle and started to head home. As he stopped at a red light and looked up at the huge billboard from the national lottery that announced the winning number, he quickly remember about the ticket he bought.

The light changed to green but as he started to drive off he noticed the number 4 in the end and almost stopped in the middle of the road. He got nervous just by the thought of it. He searched for his ticket inside the pocket of his guayabera and couldn’t believe his eyes. He drove off as he remembered that there were always billeteros selling tickets at the corner of 38 St and Maximo Gomez street.

He stopped there and asked one of the salesmen which was the winner of the major prize; the man relied by asking him if he had won, and he said he didn’t, said that he just was curious. He then bought the newspaper to have confirmation of his win. My father won the lottery and almost 24 hours later when he learned the news he started feeling all of the emotions.

He had one piece of a 100 piece quiniela and the big prize was at 625,000 pesos, which meant his cut was $6,250. Still in a bit of a shock, he drove home and didn’t know how to break the news to my grandma who had high blood pressure and was very sensitive to sudden news.

He felt tired and decided not to tell my grandma just yet, so he ate and lay down for his nap. The paper lay on the nightstand and he doze off for about a half an hour. He woke up suddenly with the feeling he had dreamed it all, but quickly recovered as he saw the newspaper on the nightstand and realized it wasn’t a dream, it really happened. 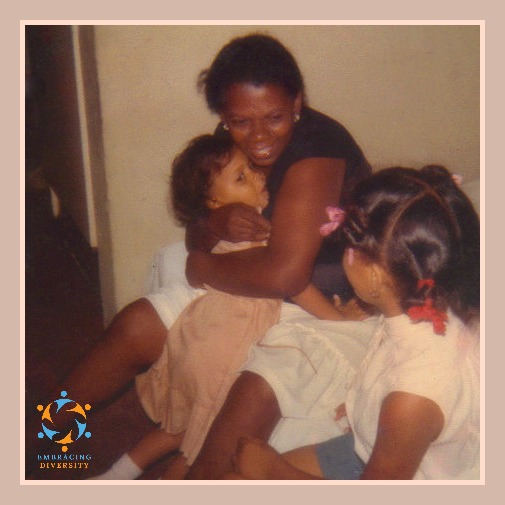 This image is not from that moment. But I love how happy my grandma looks in this image, I like to think she was still celebrating the good news when this picture was taken.

He got up and went to the table and asked my grandmother if she had played the day before as he had the newspaper with the list of winning numbers. My grandma played every now and then and just happened to buy that Sunday since it was Mother’s Day:

Dad: Did you play the lottery yesterday?
Grandma: Actually, I did. I have un pedacito. Did you played, she asked in a surprised voice.
Dad: Yes, I went to el barrio yesterday morning and Sergio went to Teófila’s and she insisted so much. You know I really didn’t want to play, but she was persistent, so I did.
Grandma: how many did you buy?
Papi: I bought two, I was only going to buy one, but…
Grandma: Yeah, said my grandma, you just don’t buy one ticket. Let me see…

My dad handed her the tickets to she could search for the numbers herself. She started checking the lower winning numbers to see if there was something there, but quickly realized they hadn’t won; or so she thought. Dad asked her if she had only check the lower numbers, the ones that didn’t pay much. Of course, she said, what do you expect? I thought at least maybe we would win $300 pesos, but nothing, nos pelamos.

—Knowing what he knew, he insisted she checked the big prize numbers.

As she checked her own with no luck; the number 86 also a loss, my father’s hands were sweating with the contained emotion. Without any excitement my grandmother grabbed the last ticket, number 84, and started checking the paper. Oh! Wait a minute, she said. I think you won el ¡premio mayor!, confirming that my father won the lottery.

Oh, my God, this is the best Mother’s Day gift ever! She was in shocked, in disbelief, but so joyful to know that this money represented the continuation of the building of her house. It wasn’t a lot of money for many. For my family, it was a godsend, a way of finally having a roof over our heads with our own bathroom and without having to pay rent.

It was especially a moment of triumph for my grandmother who was born in a small town of San Cristobal without a mom, since her mother Altagracia died at childbirth. She had worked so hard all of her life, and finally at she was achieving her goal. We were still poor, but this was a huge step towards security. This is one of my favorite stories of my childhood as I can almost feel the joy my grandma felt in that moment.

I was 3 and for a magical moment we had everything we need it, and then some. 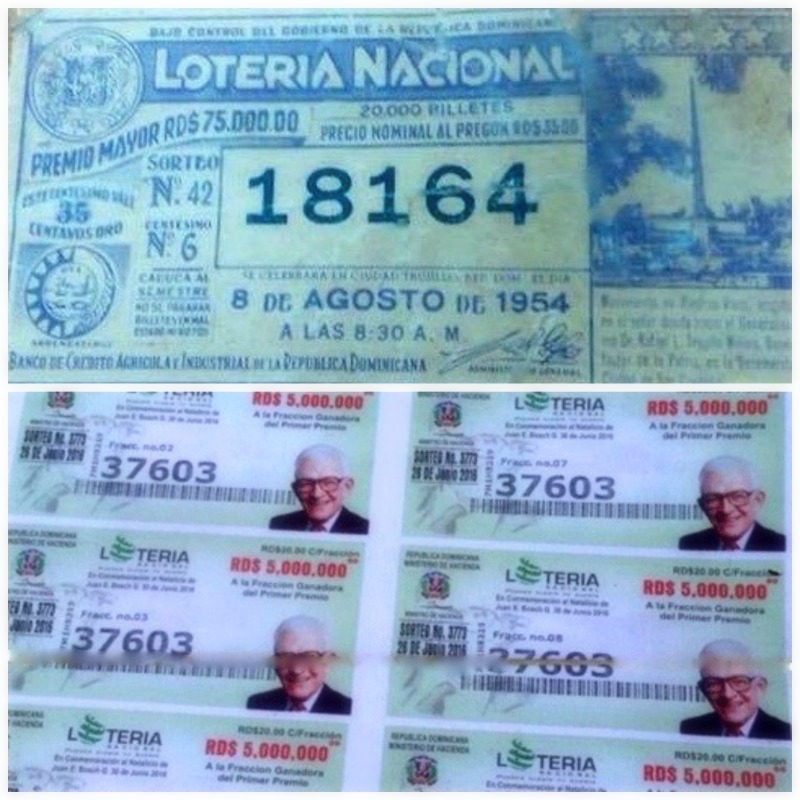 The top part of this image is an old lottery ticket from 1954. The bottom part has the new tickets they issue now. My father had kept his ticket for many years; but as time passed, hurricanes and what not, he lost it. It would have been awesome to have his winning ticket for this post, but at least you can get an idea.