It was a regular night at home and we were doing our bedtime ritual: taking medicinal vapors my grandmother prepared to combat our allergies and sinus issues. As I remembered this moment, I wish I could go back and push my 7 year old self to rebel and follow her instincts, instead of following my grandma’s lead to go under the mosquito net to take the vapors in what it seemed an impossible and scary mission. 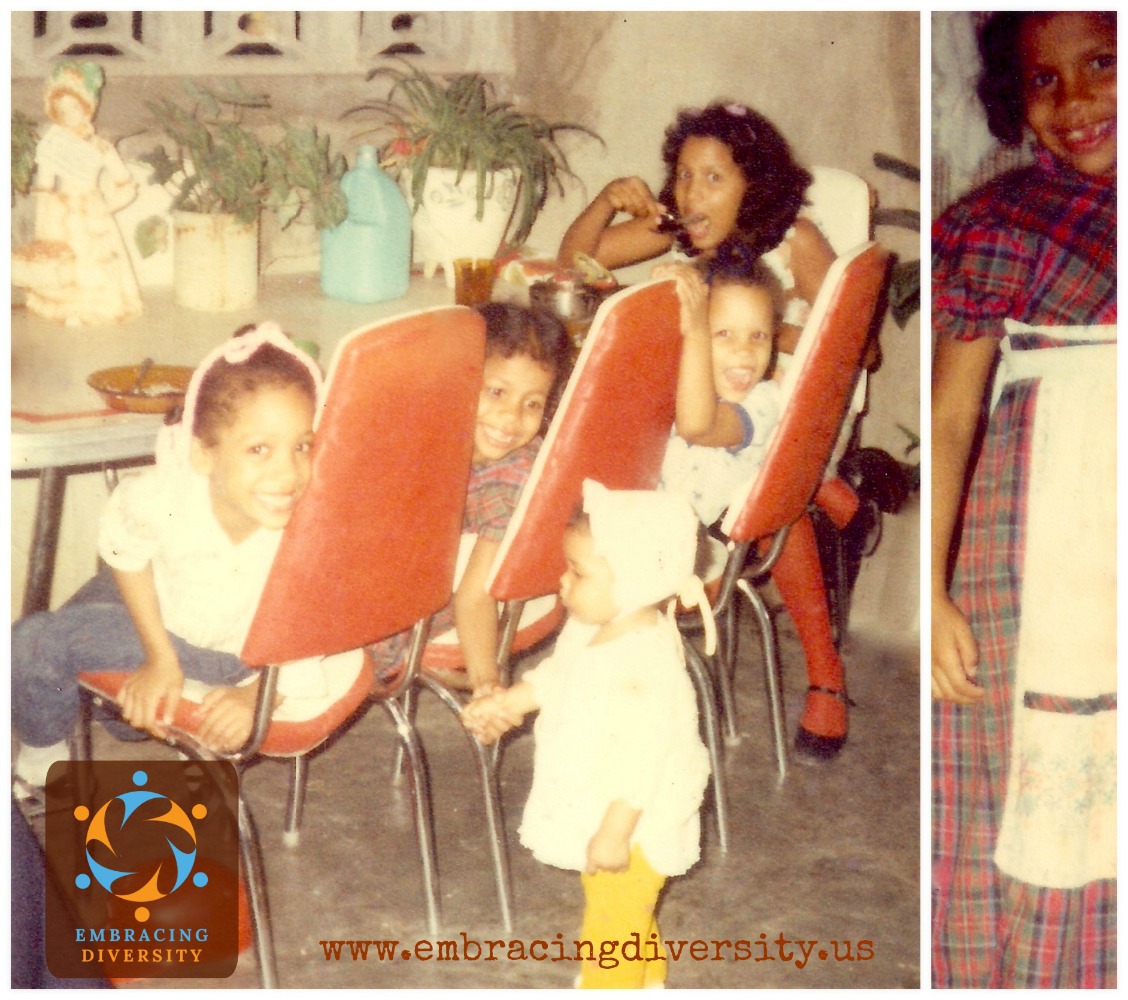 This wasn’t the first time, like I mentioned before this was part of our bedtime routine some parts of the year. My 7 year old self was scared nonetheless. I’m not sure if it was during the winter because in the Caribbean we didn’t think of the weather like that then; seasons were split differently, like rainy season, drought season, hot season and so on. I do think it is a safe bet to assume it was winter since it gets cooler during those months and sinus issues get worse.

The reason I was scared is because this was a very dangerous business and even at that young age, I couldn’t understand why my grandmother wasn’t able to see that.

It was really warm in the room as my grandma shut the windows. I could feel my body getting sweaty, maybe because I was anxious about the whole thing or simply because it was the Caribbean and we were warming the room in preparation to take medicinal vapors under the mosquito net and thick blankets. In any case, as I go through that particular night in my head, I can see my 7 year old self on edge, waiting for a turn she hopes never to get.

We shared a room where there were two full beds opposed to one another like making a cross. I was sitting on the edge of one bed as my grandma entered the mosquito net holding a can with boiling water with eucalyptus leaves and other things I can’t quite remember now. The can was one of those big tomato paste cans, and she had it wrapped with a towel so she didn’t burn. The top of the can was covered with newspapers, leaving a small hole for the vapor to come out and be inhaled.

She went inside the mosquito net, covered herself with a thick blanket, holding on to the can, and told my older sister to go in as I watched and waited for my turn. As my 11 year old sister went in to take the vapor, without being able to see my grandma or the can underneath the blanket, it happened.

A horrible scream came out of the blanket as a confirmation of what I had feared. My sister had bumped into the can and boiling hot water was poured on my grandmother’s left chest. It was a sight I will never forget, the raw flesh and the unbearable pain on my grandmother’s face. As I think of my 7 year old self, in fear, completely vulnerable and searching for the strength to comfort mamá Amparo, I realized it was the first time that I thought about death and about losing my grandmother. 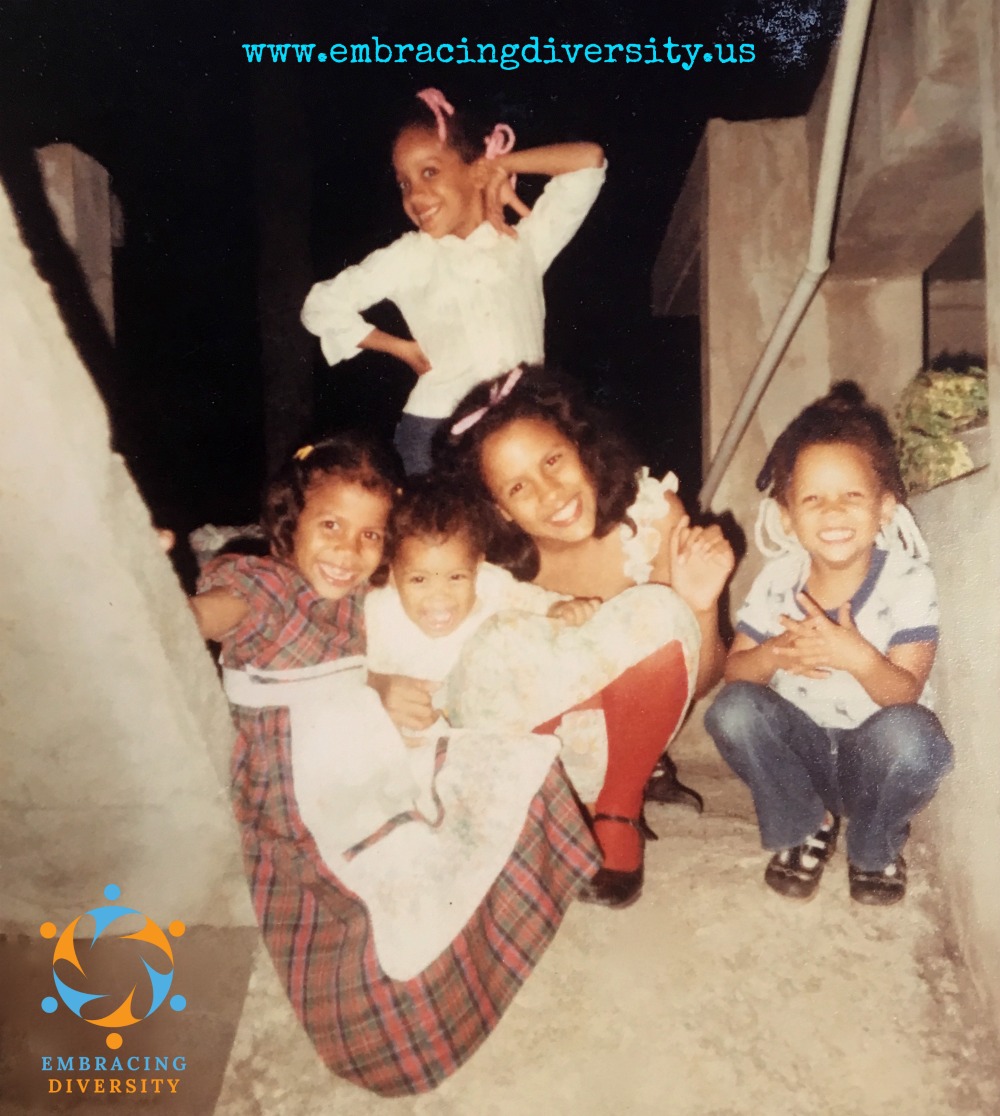 My 7 Year Old Self & Her Emotional Injuries

I don’t remember many more details of that night as I think I blocked what happened next as it was too traumatic for me. However, during the following months I was repeatedly scarred by the slow and painful recovery mamá Amparo went through. She had third-degree burns and the cleaning of the wounds and changes of gauze were excruciating for her, as well as for me to watch.

Mamá Amparo tried to hide as much as she could the pain she was going through; but she was bedridden for a while, unable to do the things she normally did. As a child who depended almost entirely on my grandmother, you can imagine the anguish I experienced at the thought of losing yet, another mother. It had been 3 years since my mom had left the home and I was thriving again, feeling normal and safe.

I think that’s why it was hard for me to come up with a post about this age. I have been struggling to remember something; I had to dig deep in my memory, in my feelings to relive this moment in my life. Remembering my 7 year old self, remembering how I felt, and facing those feelings 33 years later…

At times, I felt guilty about what had happened. It didn’t matter that I wasn’t the one under the blanket with her, I felt as if somehow I could have been able to stop it. Other times, I felt angry at my sister for having done that, even though it was an accident. Looking back, I think it was the first time I was fully aware of the fragility of life and that I could lose her, mamá, at any time.

Mamá Amparo’s physical wounds healed in time; my emotional wounds took longer to heal, to quiet the fears of losing her.

I’m sure there were other things going on when I was 7 that I might not remember; now I can look back at happy memories my 7 year old self experienced too. However, today, I’m glad I remembered this one, that I could revisit that moment and see with my adult eyes that it was nobody’s fault, and that we were able to have a full, beautiful life together.

Most importantly, I’m glad to have the awareness of how sensitive and profound a 7 year old girl can be. As I have my own, precious, 7 year old girl who needs to know I’ve got her back and she is safe.

Previous Post: « Making Your Cultural Heritage An Important Part of Your Family Legacy
Next Post: 5 Reasons Why I Care About US-Born Latinos And You Should Too »