We love babies and when we hear about a new baby being born, we tend to get excited, at least I do. However, many people in the United States have mixed feelings about mixed babies (pun intended!) and while a sort of ‘doom is coming’ mentality has been created in the media around multiracial and multiethnic Americans or as many call it ‘the browning of America’, the fact that more diverse babies are being born fills me with hope. 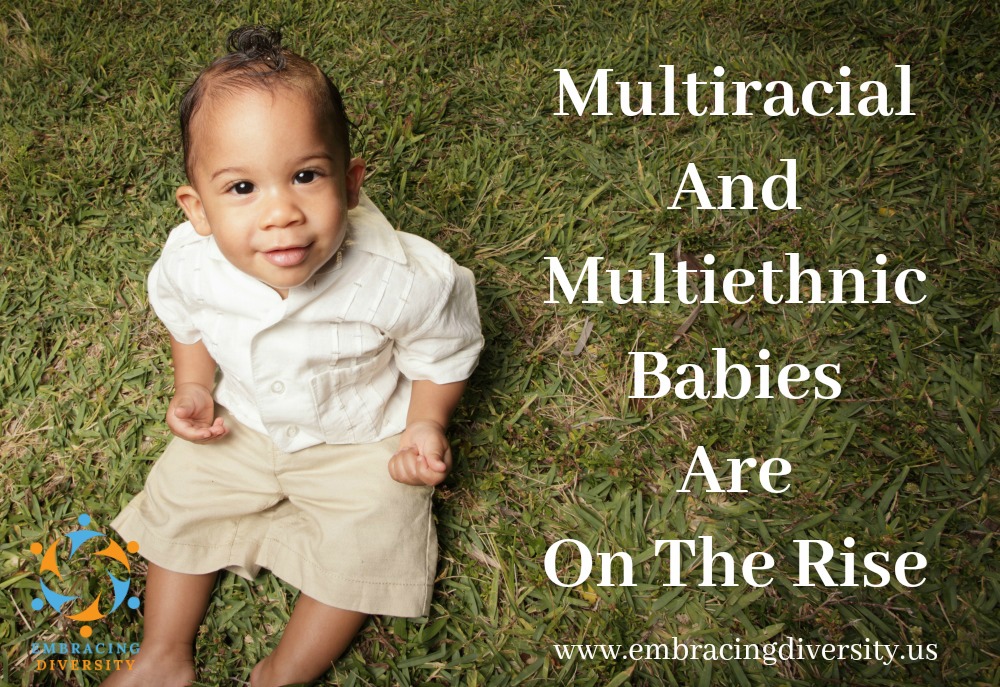 Don’t get me wrong, is not about thinking that mixed babies are more special or cuter, it really makes me hopeful to see that interracial couples are becoming more common and we are creating a new generation of Americans whose alliances are not going to be tied to one ethnic or racial group. The fact of the matter is that multiracial and multiethnic Americans are growing in numbers, as per a study released last week by Pew Research Center and that’s a reason to celebrate.

According to the analysis of data from the Census Bureau, the birth rate is three times higher among mixed babies than what it was in 1980. In 2015, 14 percent of American-born children under one year old were either multiracial or multiethnic. The data was analyzed based on the babies having parents of different race and those who have one Latino and one non-Latino parent, and also the children whose parents identified as multiracial.

The breakdown of the data established that 42 percent, which represent the majority of these new multiracial and multiethnic Americans have one non-Hispanic parent and one white -non-Hispanic-. In second place, fall the 22 percent who have at least one mother or father who is multiracial; then follows the babies who have one Asian parent and one white parent not of Hispanic origin. Then comes 10 percent of the population who have one Black parent and one White parent -both non-Hispanic-. A total of 5 percent of these babies had one Latino and one Black parent; 3 percent Hispanic and Asian, 1 percent Black and Asian, and the reminder 3 percent was classified as other.

The parameters of the study include that the term ethnicity referred to Hispanic (Latino) only, as per the census classification, and is limited to infants living with both parents as that’s the census data that was available for this analysis. That means that in 2015 for new babies that could be considered as multiracial and multiethnic Americans, only 62% were included in this sampling.

Going beyond the numbers and samplings I think that if there is something that should give us hope amidst the current polarization of the United States is the fact that more multiracial and multiethnic Americans are being born. As 50 years have passed since the historical Supreme Court case, Loving v. Virginia, which led to the legalization of interracial marriage in the U.S., it makes me happy to see that at the individual level, we all know that love is love.

In my opinion, this represents that we are growing as a society and we now in the United States, how it has happened in many other countries before a new identity is being form that is not around being Black or White, that includes more possibilities in that equation, that sees Black and White as people that can go together, build families and have proud Americans that will contribute to this country as many others have done before them.

Many are creating a fear of ‘the browning of America’ and we must go beyond skin pigmentation because we know better than to judge people based on how they look. I encourage you to be optimistic and hopeful at the sight of kids who will feel at easy in more than one group, whose life experiences are going to have more than one way of doing things, of food, of culture.

Multiracial and multiethnic Americans are going to change the old narratives because they will have first-hand information about the different racial and ethnic groups as they will be part of them. They are going to unify this country by being themselves, by challenging what is considered ‘standard’ and ‘American’ with their perspectives and deep sense of identity not only as part of racial and ethnic groups, but as Americans in a multicultural world that is ready for them to exist.

I truly believe that unity is going to come when what’s different becomes the norm, what’s exotic becomes what’s ours, when them becomes us and we become them.

How do you feel about multiracial and multiethnic Americans being on the rise?

Previous Post: « Colorism In The Latino Community & Its Generational Impact
Next Post: Curly Hair Identity And A Lesson Of Selflessness And Self-Love »