The year 2009 was, by far, one of the best years of my life as I experienced for the first time what it means to become a mother. For me, it was a love foretold, the fulfillment of what had been in my heart since I was a young girl. Also, because my little girl not only brought me the overwhelming unconditional love only moms truly know but also because she became the bridge between generations, my grandmother’s legacy in full flesh. 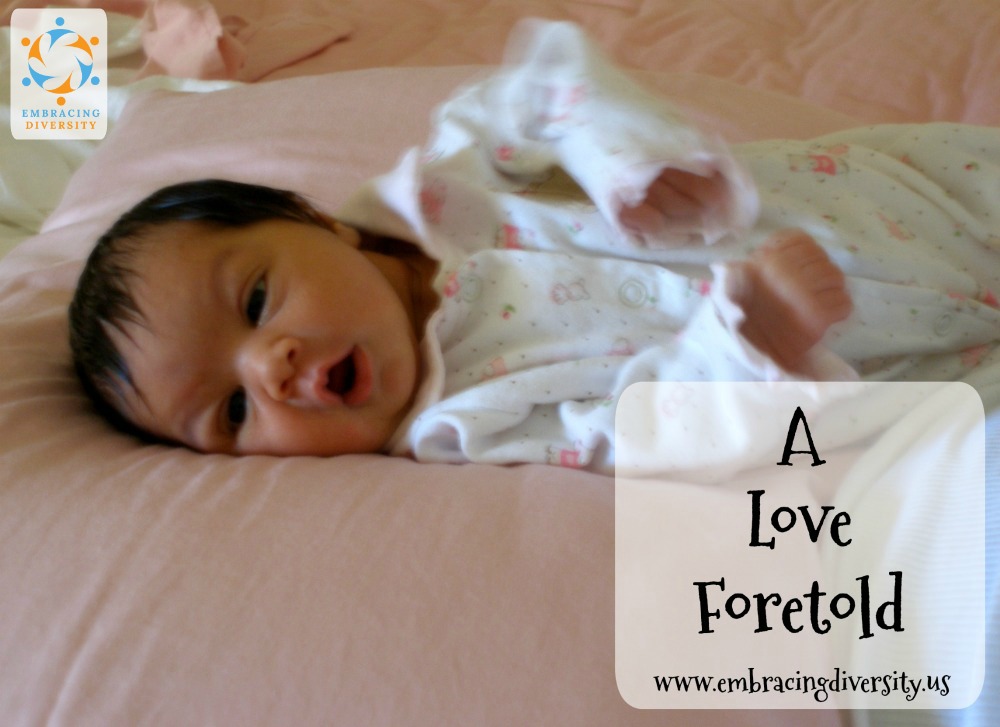 From the moment I learned I was pregnant, I started thinking on what name to give her forgetting about the list of favorite girls’ names I had created for years. My first instinct was to name her Amparo, to honor my grandmother, who had been my mother since the moment I was born. Deciding if that old name mamá was given in 1925 would still be relevant in this modern era took a few months, and while I decided not to name her that, I believe that’s when their connection started, while my baby girl was in the womb and mamá Amparo was still miles away in Santo Domingo.

Getting pregnant was something I carefully planned, from the season of the year my baby was supposed to be born (I wanted a summer baby) to the doctor and birth center she was to make her first appearance in this world. What I didn’t plan was for the beautiful connection she was going to have with mamá Amparo, and that this would prove to be a love foretold not for the obvious reason of becoming a mother, but for the amazing gift of seeing my grandma in my child’s eyes.

Mamá Amparo came to New York City one week before my girl was to be born. I arranged to be with her and left work in advance so we could share those days. She insisted I didn’t have to do that; she could stay by herself in the apartment, she said. She could cook and clean for me while I was at the office. I didn’t do that, of course, and we spent those days walking around Fleetwood in the afternoons and waiting for the miracle mamá never thought she would live to see: me becoming a mother. 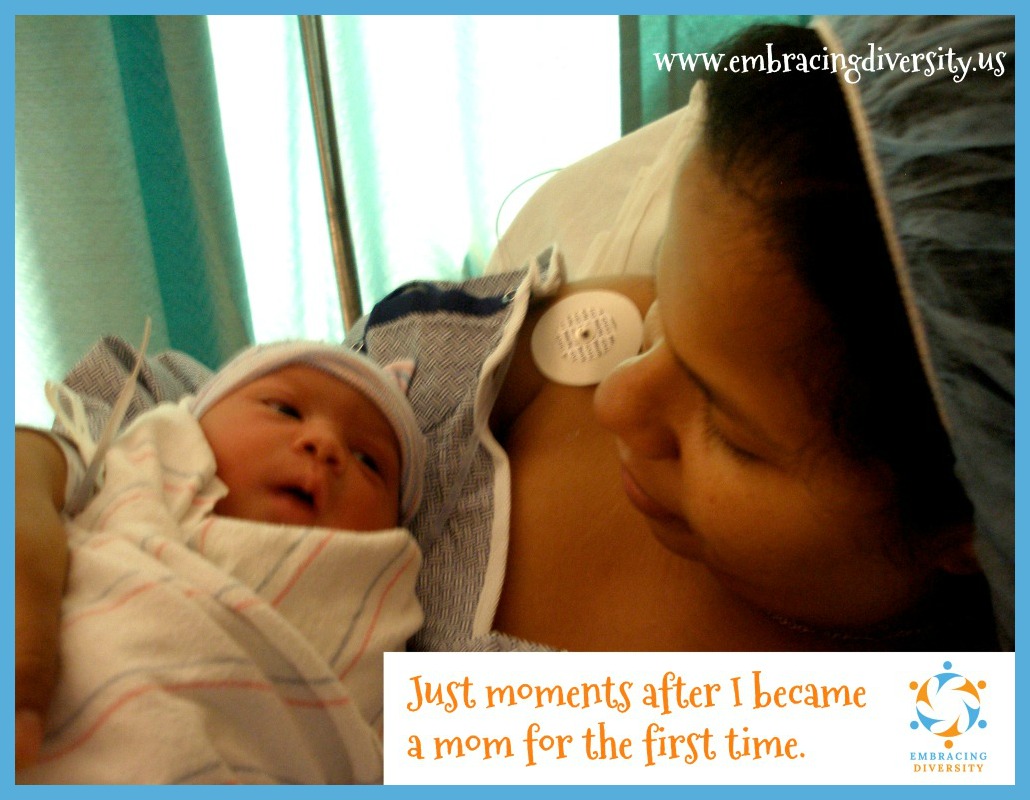 Chronicle Of A Love Foretold: My Birth Story

My Abi started her journey to this world showing me the kind of daughter she’ll be. She waited for me to be comfortable with the date of her birth. I had been told that my due date was September 11 and I immediately thought I didn’t want her to be born on that day. A girl being born in New York City, in Manhattan where that’s a sacred and sad day to remember those who perished on 9/11 wasn’t the way I pictured her day.

Three days later from that date and one before the start of Hispanic Heritage Month, I got off the bed and felt some of my water leaking and running down my legs. A rush of excitement came over me as the promise of a love foretold was becoming a reality. The day I had dreamed of for years had come and I was to fulfill one of my purposes in this life, becoming a mom.

On the day of, nothing went as I had planned. My husband had to go with my father for his driving test as he had just moved to New York in June and had yet to acquire his New York license. After he dropped me off at the NYU hospital, he went back to Westchester and I stayed in the hospital going through labor. Our birth classes went out the window and decisions were made by the doctors that I still question to this day. 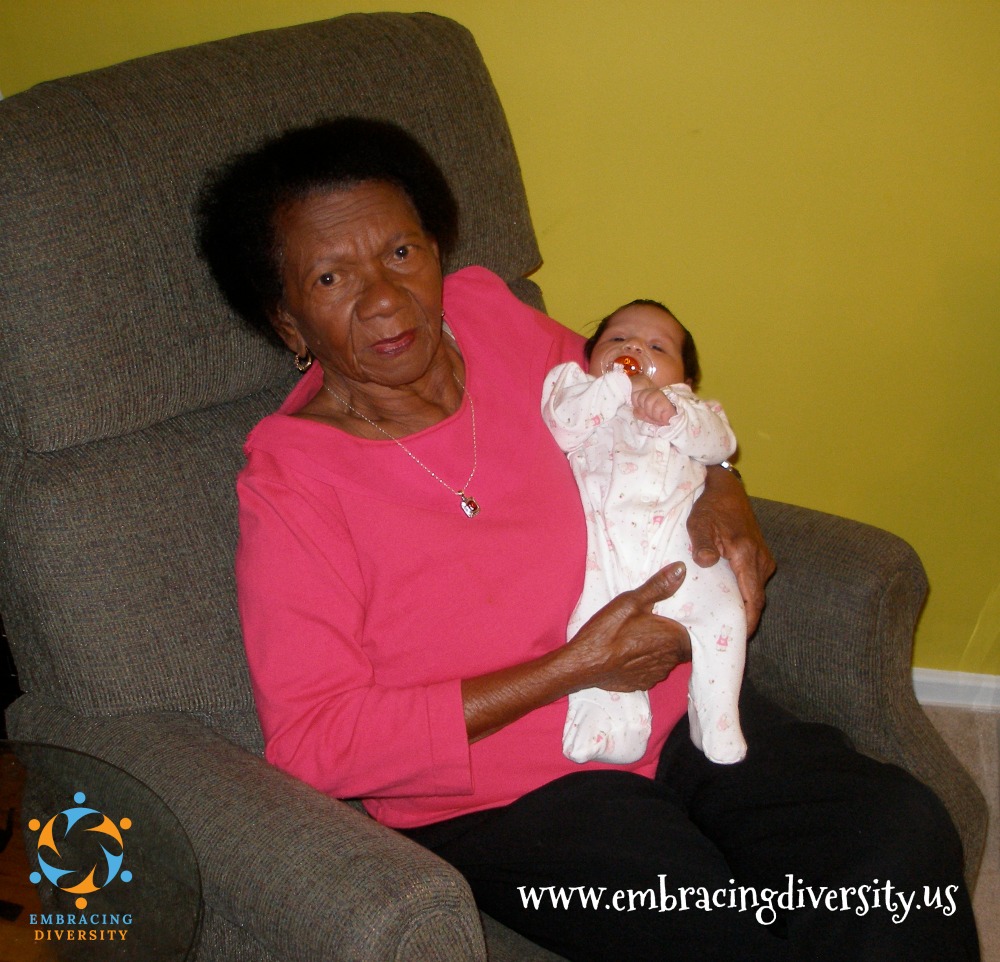 My vision of having a natural birth was quickly gone and although my husband came back before all the action, I felt lonely as I waited for him and things developed. Around 8:30 pm, my daughter was born via C-section, crushing my dreams of the powerful, natural birth I had envisioned. It was the first lesson in motherhood. Things didn’t go as planned, but nothing really mattered. When I saw her, her full head covered with black hair, her big eyes looking for mine, finally putting a face to the voice she had been hearing during her time in my womb, my whole world changed and the love I had been waiting for was handed to me in the form of the most precious gift I had ever received.

After going home 3 days after her birth mamá and Abi connected immediately, recognizing one another as if they had been connected all along. The joy of having my daughter was maximized by the fact I was sharing it with mamá. Seeing my grandmother meet her great-granddaughter and reminisce about the time she had me in her arms, just as small, was seeing life go full circle. A love foretold, indeed… 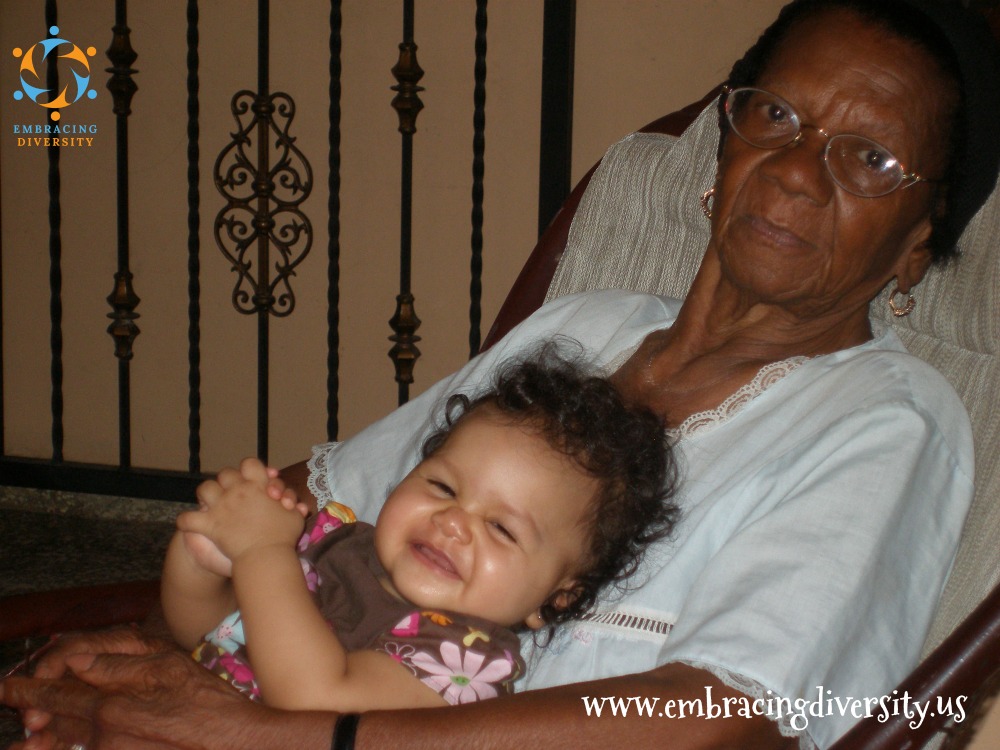