It was very powerful to participate in the Women’s March over the weekend, and to do so along my daughter and my sister. It made me think about my family heritage and how by being there I was not only living my legacy but also passing down to my girl what has been a part of my family heritage for generations.

I come from a family of dissidents who fought oppression. I grew up hearing the stories of my uncles and aunts who fought really hard against the infamous 12 years of Joaquín Balaguer, who lead a so-called democracy tainted  by the killings and persecution of many people. Being at the march was one of the many ways I’m living my legacy, by following in the footsteps of those that came before me.

During my teenage years and my twenties I was able to enjoy the freedom of a country that was stable, in which I could go to school, go to big concerts, go to clubs, and everything young people do when they have a carefree life. While I wasn’t aware of that then, I know that thanks to those who were deemed crazy, who resisted, who spoke up, I had the privilege of living freely.

—I might not carry the last name, but I’m proud to be a member of the Ramírez family.

The Ramírez’s, my grandmother’s nieces and nephews that served as my dad’s siblings since he was the only child of a single mother. They were student that became professionals who fought for highest ideals of the time. Some were persecuted, some had to go into exile, but they showed courage in the face of injustice and oppression. They gave me the gift of being able to aspire without limits, to live in peace. 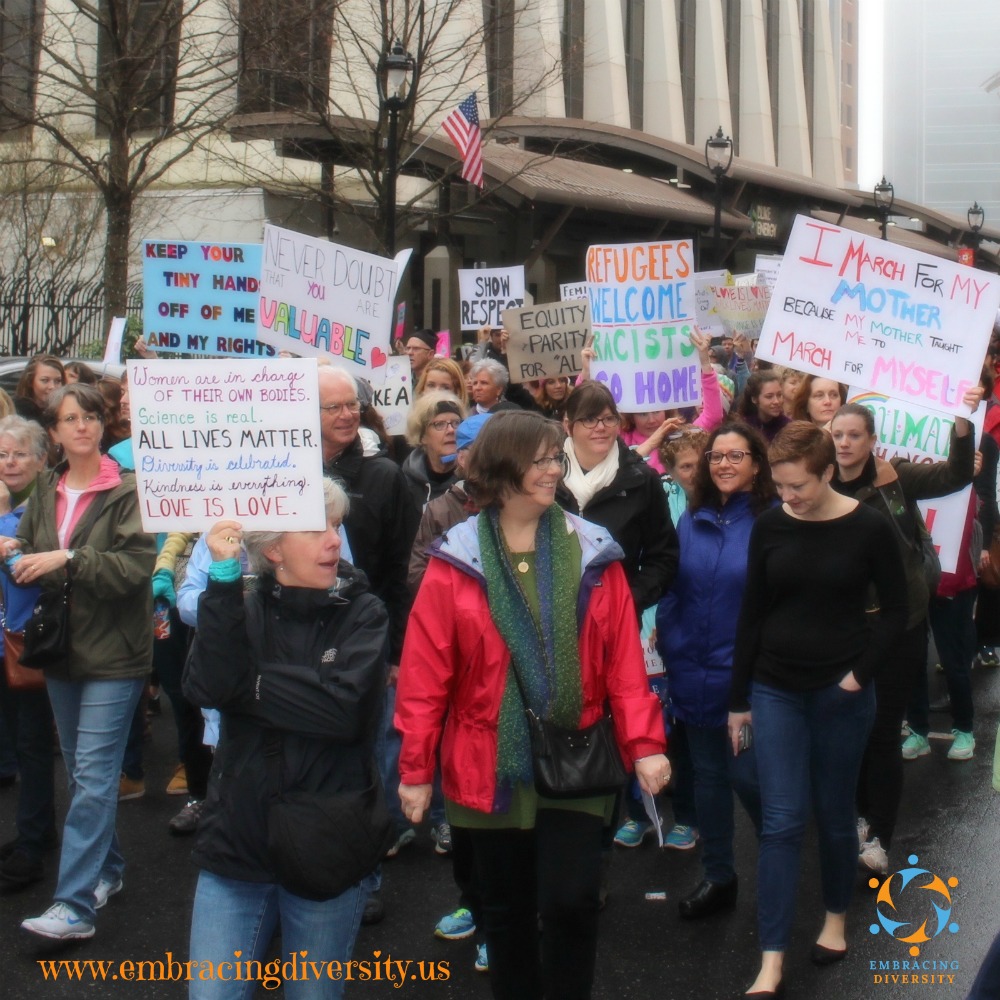 That’s not to say that they weren’t (and still are) social issues in the Dominican Republic. However, I’m proud to say that I was a lucky recipient of a gift that I didn’t even know  had been given to me.

Now, as a mom of 3 American Latinos, as a multiculturalism, diversity and inclusion expert, as a woman of color who chose to have children and when, as an ally of the LGBTQ community, and as a person who is not particularly religious but believes in the religious freedom of all, I must answer the call by living my legacy in a different time, in a different country, but in which all of the same values apply, the inherent human right to be free to just BE whoever you are. 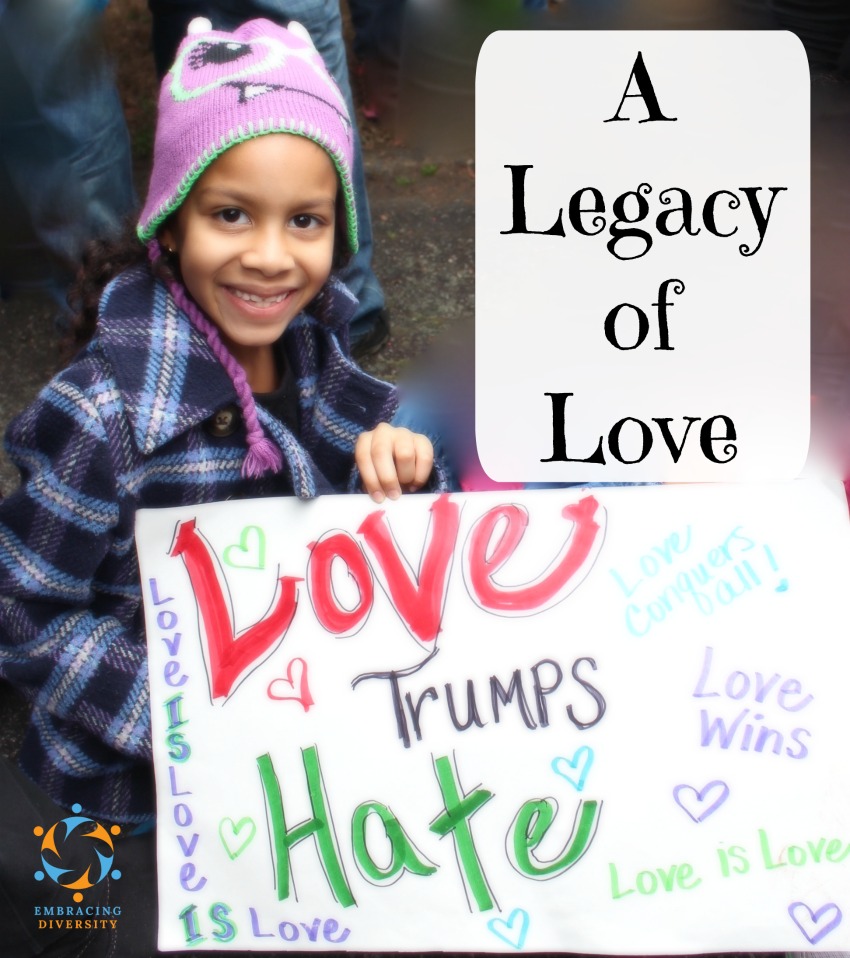 The time has come to start living my legacy and to share that family heritage with my daughter and my boys.  I owe it to my kids, they deserve the gift I was given to live carelessly in a world in which they are not judge by the way they look or their choice of partner or religion.

My kids deserve to grow up to be teenagers who can have fun without having to be a target. Moreover, I know and you know that not only my kids deserve this, ALL American kids have that right and we must demand they are given the opportunities and freedoms they rightfully deserve. 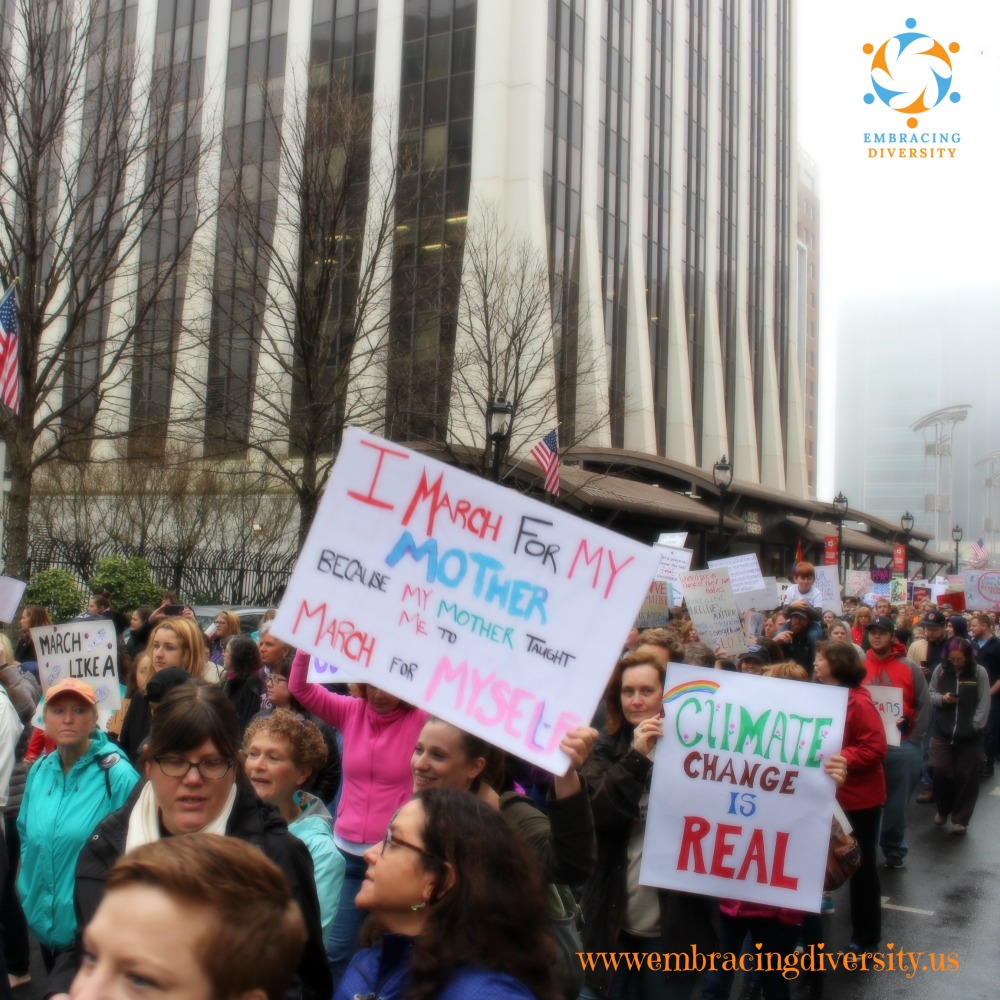 That’s why I marched. Did you? Tell me your why.

Previous Post: « Relearning Personal Finance Lessons From My Dominican Grandmother & Teaching Them To My Kids
Next Post: Having A Great Coach Has Positively Made Me A Better Mompreneur »