If you are American you know how deep the issues of racism and ethnic shaming run in this country. That leaves many in a constant state of explaining, and at times even justifying their identity. In a country where people are socialized by the way they look, there is little room to be yourself without someone having an opinion about it. The American Latino Bill of Rights comes from my quest to understand identity and pave the way for my children to find their own thread within the American fabric. 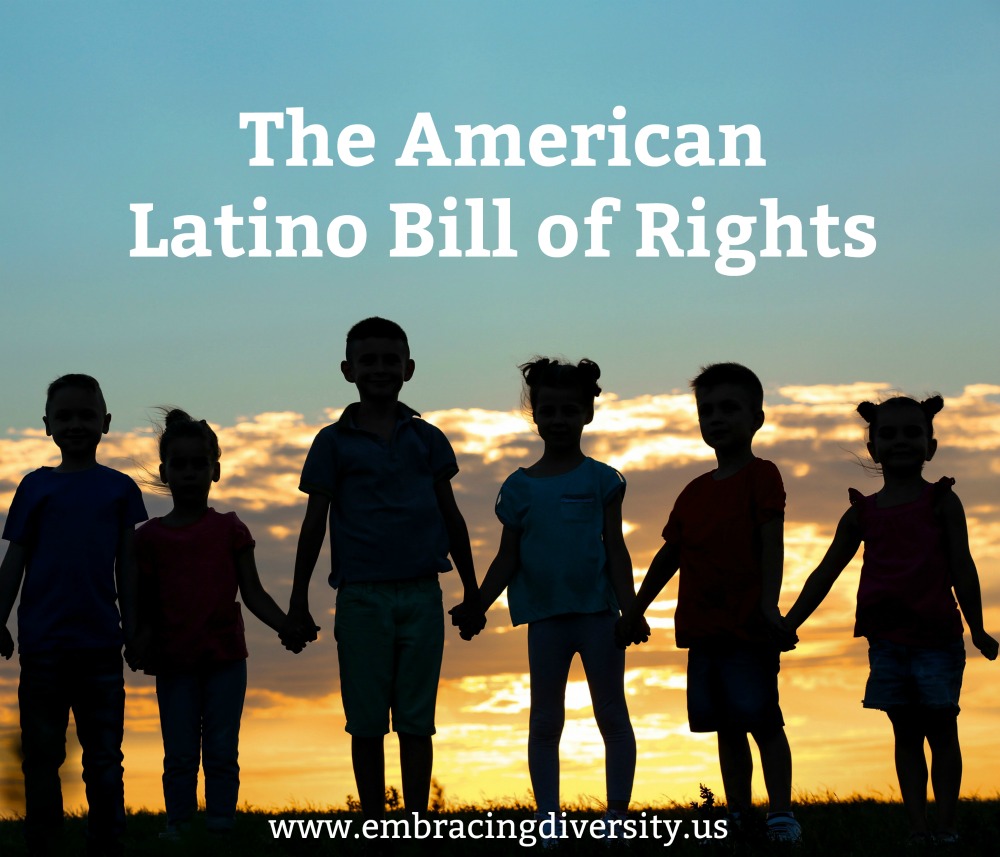 I’ve had many conversations with a wide variety of people on the topic of identity, and the opinions are as diverse as there are people. However, a few years ago I stumble upon the work of Dr. Maria P.P. Root, Ph.D. who created the “Bill of Rights for People of Mixed Heritage” and the “Multiracial Oath of Social Responsibility”. I connected with her work and especially this affirmations’ statement that validates the existence of people considered “ethnically ambiguous”.

Ever since I read her work, I have been thinking about creating The American Latino Bill of Rights to affirm what many of us feel and think when our identities are questioned. Now more than ever we must speak up and assert our rights to be proud of our ancestry, to be different and to belong. I found validating truths on Dr. Root’s ‘Bill of Rights for People of Mixed Heritage’ and the Multiracial Oath of Social Responsibility that apply to the reality of many American Latinos.

However, I decided to write The American Latino Bill of Rights to address things that are specific to Latinos that may not apply to other people with mixed heritage. As a Black Latina woman from the Dominican Republic, I know very well what mixed heritage and mixed ethnicity look like, although these aren’t topics I had discussed before moving to the United States.

In American history, the Bill of Rights guarantees citizens certain freedoms as the first 10 amendments to the U.S. Constitution. With her work, Dr. Root decided to declare certain rights people of mixed heritage have that are often challenged by what is considered the norm. As powerful as it was for me to read it, it also made me think of the different challenges for Latinos in the US, and what better time than Hispanic Heritage Month to publish The American Latino Bill of Rights to affirm the rights our multicultural and multiethnic reality grants us. 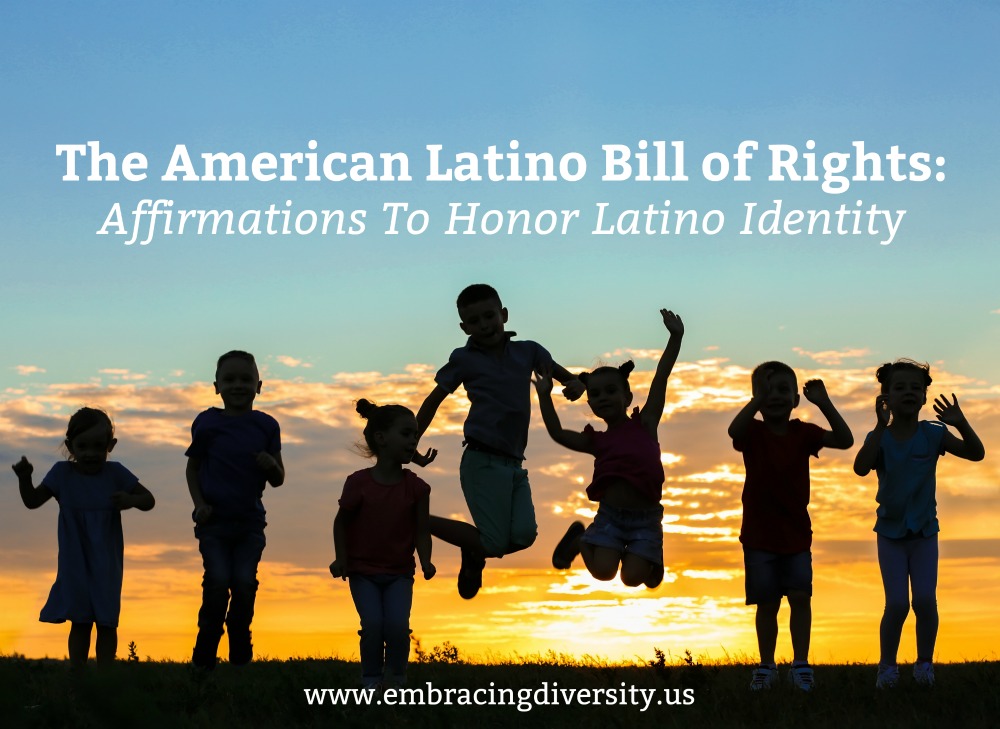 The American Latino Bill of Rights:
10 Positive Affirmations To Honor My Children’s Identity

When Dr. Root created her document, she asserted the identities of people of mixed heritage and with it, she somewhat gave this group permission not to conform. In my case, writing The American Latino Bill of Rights is a matter of providing my children, and American Latino children alike, positive affirmations to honor who they are and the way they choose to identify.

In these troubling times, it is also a way for us as adults to affirm our right to feel comfortable in our own skin, to be unapologetically who we are. Dr. Root’s Bill of Rights for People of Mixed Heritage has allowed me to be more comfortable in my own skin as a Dominican American who navigates an identity that is multilayered. More importantly, it has given me tools to affirm and model a positive multicultural and multiethnic identity for my growing children.

I HAVE THE RIGHT…

To be monolingual, bilingual or fluent in Spanglish

To speak Spanish in public places without being attacked or vilified

To assert my identity as I experience it, not as others view it due to the social construct

To know that I am enough: Latino enough and American enough no matter my place of birth or language proficiency

I HAVE THE RIGHT…

To take up space, speak my mind and be unapologetically me

To know that I belong wherever my skills, talents, and achievements take me

To be considered a whole individual: fully American, fully Latino, there is no half