She was so much more than my abuela, she was my mother. Mamá, how I’ve always called her, was one of the people I have loved the most in my life, and also one of the most caring individuals I’ve known. 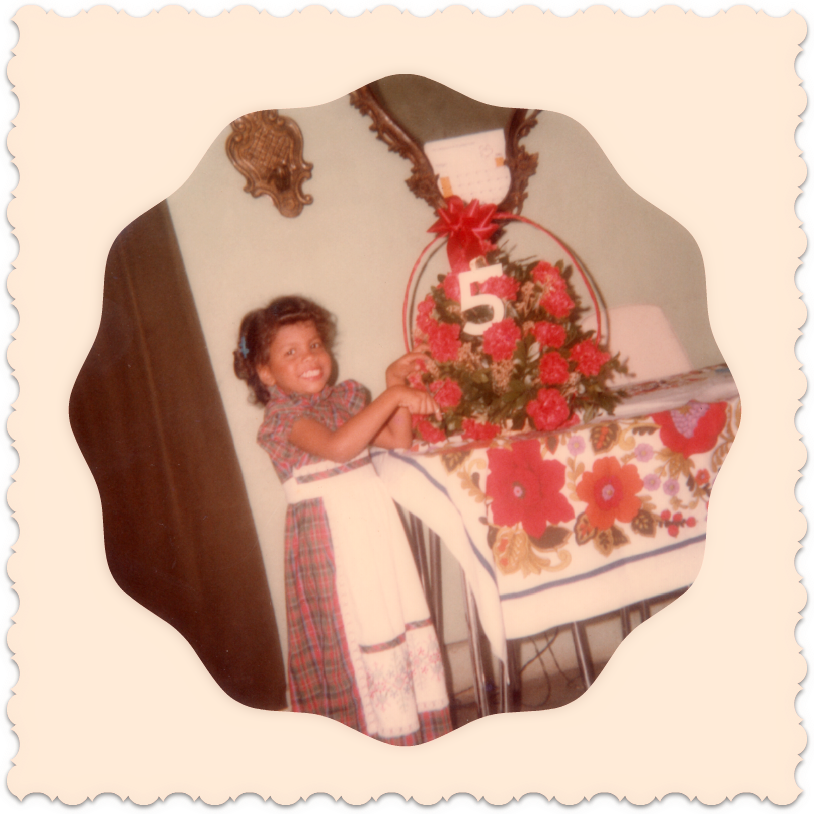 “Take the broom and sweep the house,” mamá said.

I had just finished eating lunch and the smell of boiling bitter orange peel filled the house. I was barefoot and the cold dirt under my feet felt good as I sweeped the rice I had dropped while eating. We had just moved to the house a couple of months before after the roof was finished. It wasn’t painted yet and with no flooring, just dirt under our feet.

It took a while for me to finish the whole house as it seemed a huge task for me to complete. When I was done, I went to the patio to play and at some point, after that my dad came home.

¡Papi! I screamed as I ran towards him excited to see him and also because he was carrying a bag. I had the feeling I was in for a surprise. This was the day I first experienced racism.

“Look at what they sent,” she said. “It’s like they are trying to tell me something, to send a message… let’s send her a black doll with bad hair, igualita a la abuela, just like the grandmother,” my grandma said.

Being an impoverished girl meant that we will only get a few cheap toys once a year for Three Kings Day, but occasionally we would get gifts from family friends or my grandfather, who in contrast with our situation was already a middle-class accountant.

On this particular day, my father had gone visit him; I remember my joy and excitement when I opened this brand-new doll that had a clean new dress, and her own blowout toy. I quickly opened the box and loved she felt so sturdy when I pressed her belly she would make the paper roll out as if she was real. She smelled new, but I thought she could smell of chocolate as she had that milk chocolate color of my favorite candy at the supermarket. 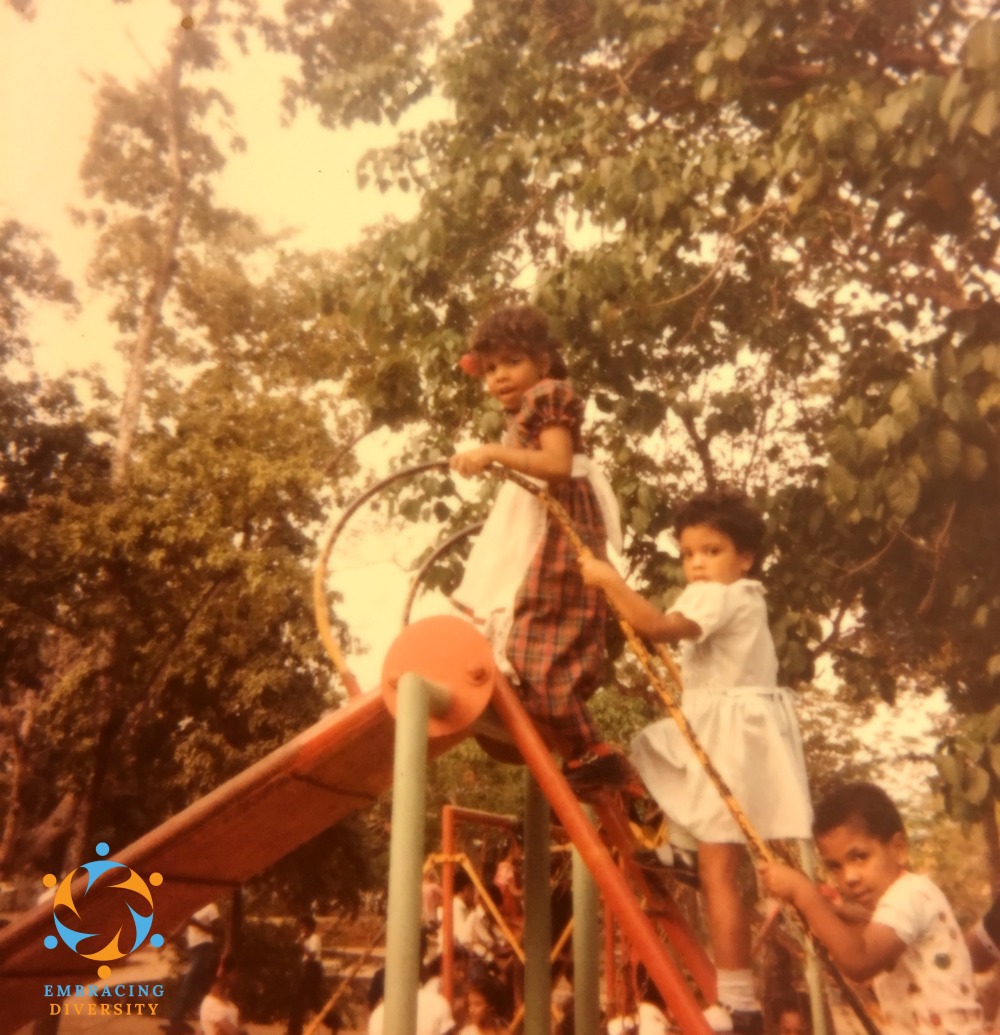 “… look at the hair, she continued. Los cabellitos corticos como una tusa,” as she examined this doll and complained about the “nappy hair that looked like a chewed corn cob”. This, in her opinion, was definitely an insult, as they (my grandpa and his wife) couldn’t find a “pretty” doll to sent to me, and made a point in sending “una negra” instead.

As I heard mamá talking about it, I started to noticed the doll was really dark and her hair was hard. I felt silly that I thought she could be made of chocolate and that I didn’t see that there was something wrong with it. I still loved that she had shoes and very clean clothes; but understood I shouldn’t be so happy. This was when I first experienced racism, and I was confused.

I continued to examine the doll. My hair wasn’t like hers, and my skin wasn’t as dark, but I made the connection: the doll looks like my grandma, the doll is black and ugly… I silently played with the doll and continue to check each and every detail.

I thought of the many times people would say I looked like my grandma, “igualita a la abuela,” they’d say in the same manner my grandma spoke of the doll. I do look like my grandmother, but as a 5 year old girl it was hard to see the resemblance with a 57 year old woman.

That didn’t matter. I made the connection and there was an obvious, devastating conclusion: I look like my grandma, therefore I’m black and ugly. It happened: I first experienced racism and it hit the core, I felt shame. I was unworthy, dark, like the dirt under my feet.  I felt a wave of heat going through my body; an incomprehensible feeling of loss that I wasn’t able to shake.

While I was often praised for being light-skinned and having “good hair” growing up, I struggled with feelings of ugliness and insecurity. I would look at myself in the mirror and examine my “bemba”, the full lips that were proof of my blackness along with my rounded nose. While I first experienced racism at an early age, the feelings remained even when it seemed everyone thought I was beautiful.

The Power of Identity & Self Love

I don’t remember hearing anyone call my grandma names or saying she was ugly, which I’m sure she probably experienced. I do remember that day when I first experienced racism as she unintentionally broke my heart with her harsh comments. I also remember all the other instances that comments linking blackness and black features to ugliness and lack of self-worth came out of my grandmother’s mouth.

That’s why identity it’s so important to me, and why I nurture my daughter’s identity through self-love and showing her the beauty of being a dark-skinned girl with big hair.

When my daughter first started school in preK, she was obsessed with having straight hair. Although her classroom was very diverse, no one else really had her kind of hair, many had it straight and many had it curly, but the different type of curl (known as coily) that she couldn’t connect to hers.

Like the way it had happened to me, my girl was constantly praised for her beautiful hair. But she couldn’t see it. I understood what was happening and I knew her story was going to be different because she had me, being very confident in my own skin, and being intentional in communicating that to her.

I’ve made a point of not blow-drying her hair or mine, as it is customary in many Dominican families, just to show her that she is naturally beautiful the way she is. This has paid off, big time, and I’ve witnessed her confidence and identity shape up.

A few months back as I was getting her and her brother ready for school, something happened that took me back to when I first experience racism.

I told my girl that she could wear her hair down to school that day since we had washed it the day before. She promptly replied: “Am I going with the puffy hair today?” with a big smile. She took some of her locks and started kissing them, saying, I love my puffy hair, I love my puffy hair”.

My son looked at her and asked: why do you love your puffy hair so much? To which she replied: because it’s mine!

I got teary-eyed as I looked at my confident 7-year old, while remembering my 5-year-old self, and thought: yes you are beautiful and you are worth it. 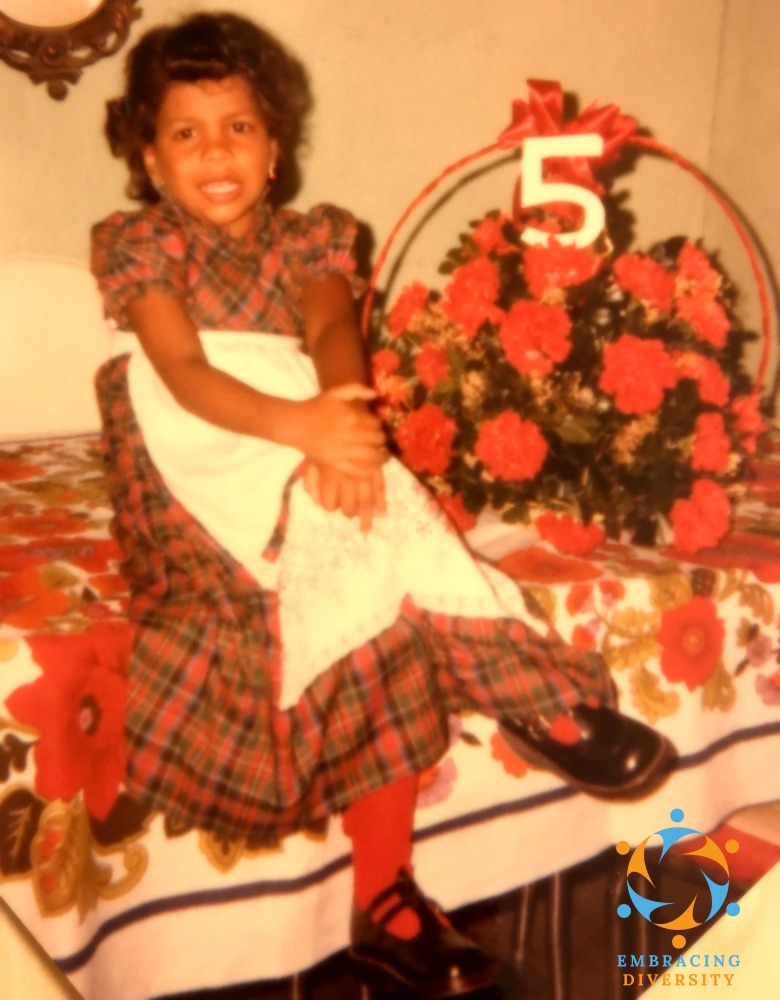 Previous Post: « Diverse Disney Princesses And Why We Love Them
Next Post: 12 Children’s Books with Afro-Latino Characters For Ages 3 to 10 »