“I think this girl needs to be seen by a doctor. She should be speaking clearly by now, I can’t understand a thing she says,” my grandma said about my then 4-year old niece. I laughed at that moment because my niece had no issues with her speech, it just happened that she was speaking in English and Mamá Amparo couldn’t understand. Although I didn’t think specifically about heritage language maintenance and its importance then, I already knew that I would raise bilingual once I became a mom.

Speaking Spanish to my children has always been a labor of love, knowing that it will provide them with many advantages throughout their lives. Living in the globalized world of today, we know that heritage language maintenance offers a life-long skill that impacts professional opportunities and equips children to become leaders in the multicultural society they are growing up in.

More than that, as moms raising global citizens, we know that heritage language maintenance is a key element in building a strong cultural identity through our family’s history, traditions, and values. Throughout the years I’ve lived in the United States, I’ve had many encounters with people who didn’t have the chance to learn their parent’s language. Being raised monolingual has been the norm for many people, but it comes with consequences that probably parents didn’t anticipate at a time when heritage language maintenance wasn’t really a topic of conversation.

For decades, many parents were told that introducing a language other than English would only confuse their children and hinder their ability to learn English properly. As a result, many bicultural people have grown without one or more of the languages that connect them to their origin. The majority of those people express a sense of loss: of language, of identity, of their history through oral storytelling, of not being able to know and understand their own family, among other things that connect to their individual identity.

That is why heritage language maintenance is a lifeline for moms parenting multicultural; it helps us nurture their identity by bonding with family in a way they wouldn’t be able to do without speaking the heritage language. Speaking the language of their parents gives children a front-row seat to that culture, increasing the exposure to practices, traditions, and ways of thinking. 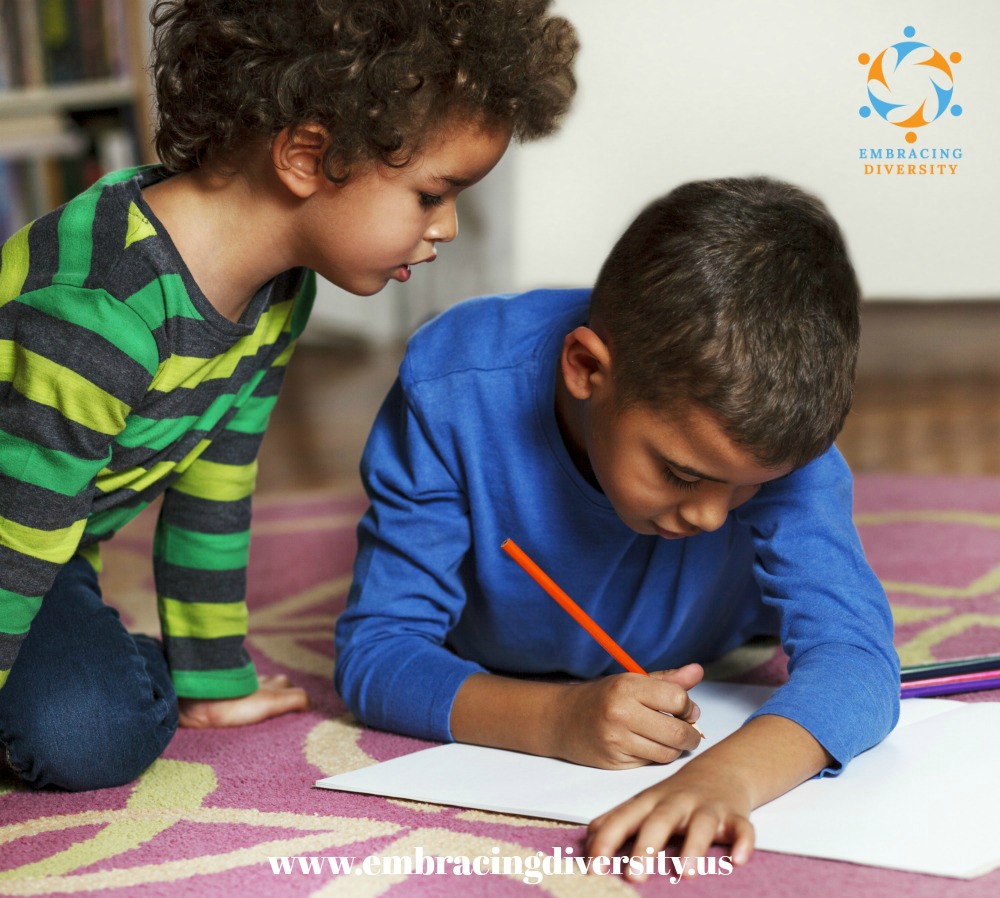 As moms, we know heritage language maintenance is not an easy task. Children tend to push back and resist to what often seems an unnecessary challenge: speaking a language that is the minority, especially when parents speak the majority language as well. However, there are many benefits for immigrant families when the minority language is learned and retained.

Research shows that for children of immigrants, heritage language maintenance is linked to stronger family bonds, more respect for elders and parents’ authority, as well as a healthy development socially and emotionally. In contrast, the loss of the heritage language weakens the relationship between parents and children and it’s linked to family conflict.

Heritage language maintenance matters during the formative years. Like Alejandro Portes and Rubén G. Rumbaut state in their book ‘Legacies: The Story of the Immigrant Second Generation’,  “children who learn the language and culture of their new country without losing those of the old, have a much better understanding of their place in the world”.

Previous Post: « A Tribute To My Immigrant Mother And All Moms Who Had To Leave Their Children Behind
Next Post: Celebrating American Independence And The Values of Diversity And Equality »