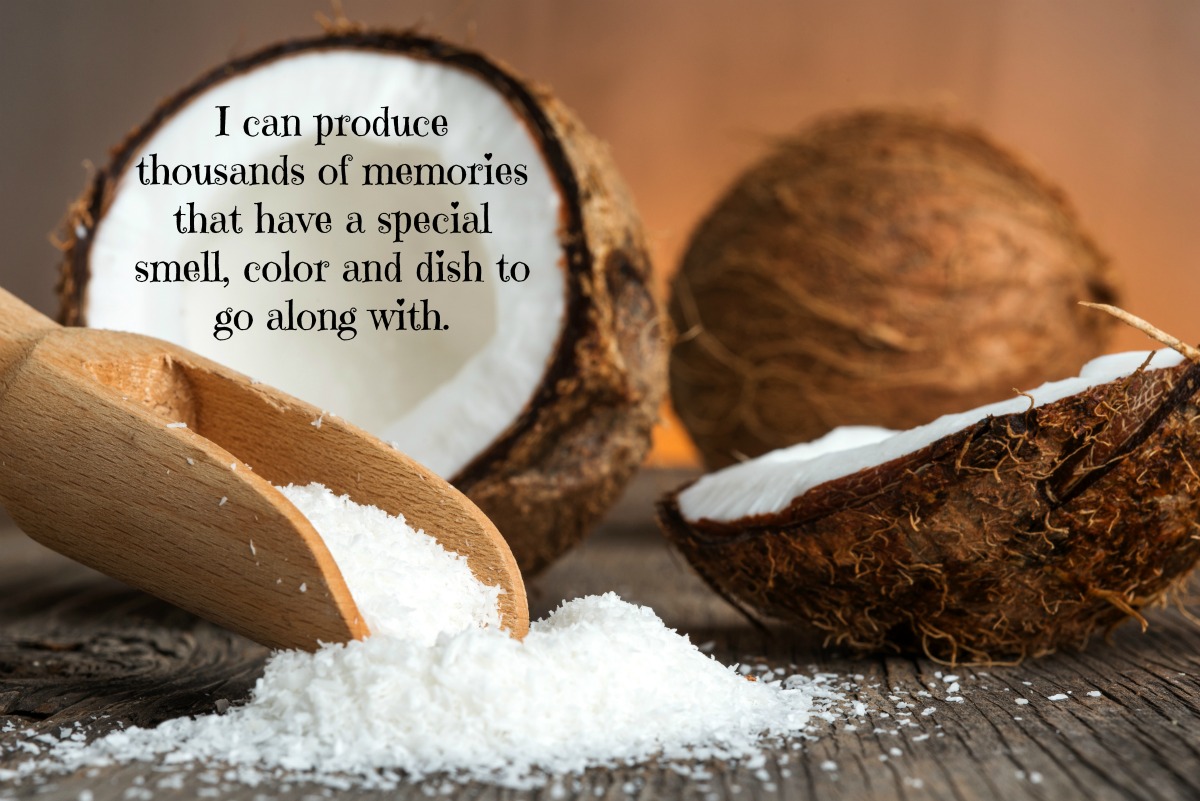 It is interesting how an aroma has the power to trigger memories that return us to our past and allow us to relive beautiful moments. As a Caribbean woman living in the United States, certain colors and fragrances restore my sense of belonging and remind me of my life back home.

One scent that always brings back memories is coconut; it evokes white-sand beaches and palm trees, and strolls on the shore with the boyfriend of my teenage years. But more than that, it reminds me of delicious desserts.

As a Dominican who grew up practically living in the kitchen, I can produce thousands of memories that have a special smell, color and dish to go along with them. A meal, and the ritual of preparing it, that means so much more than a simple fact. I can say without a doubt that I learned the most important lessons a girl can learn right there in the kitchen.

Therefore, when asked to write about a scent that brings back memories, I couldn’t help but reminisce over so many great moments spent while grating coconut to make pineapple and coconut in heavy syrup or so many other dishes that are made using its milk. My sisters and I will work for hours and soon the house would be filled with the soothing coconut fragrance that helped us rest after a long day of work. 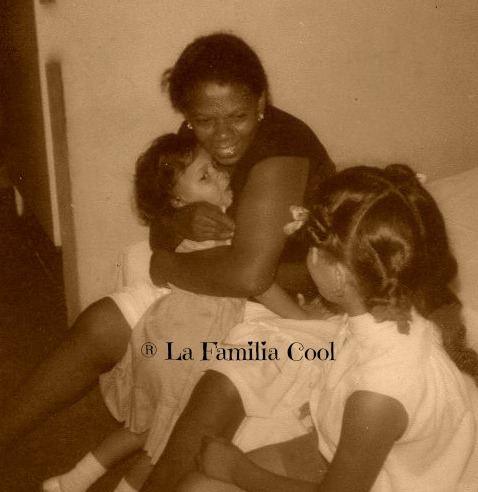 But, since Dominican cuisine is not as well known as the gastronomy of other Latin American countries, I like to explain you a little about its characteristics. Dominican Gastronomy, like the people of the country, is a mixture of the customs of the Taíno Indians, the African slaves and the Spanish conquerors.

In my opinion, and due in part to the hot climate of the island, the most important and prominent influence comes from our African roots. There are evident examples of that in some of our most popular dishes, like pasteles en hoja, which are made of some sort of puree or grated plantains, bananas and jams stuffed with meat and wrapped in the plantains’ tree leaves.

Another interesting element of our cuisine is how the different regions have their own touch to common dishes; such that you can tell where the person comes from just by the way they cook. People from the south, for example, use coconut for cooking traditional dishes which is a heritage that comes from our aboriginal.

I grew up eating rice and beans cooked with coconut milk and to me it is such a special treat. I remember being so proud I made that for my husband one day, that I announced it to him like the grand event, only to learn later that he did not care for it. He grew up in the north and eating salty meals with a coconut taste it’s just not their thing.

The main elements you can find within the Dominican cuisine are the use of many spices, plantains, bananas, jams, sweet potatoes, and of course, coconut. Also, rice is central in the daily diet of Dominicans, made plain with beans and meat on the side is such a staple, that the dish is literally called “the Dominican Flag”; or it can also be mixed with different types of beans, peas, corn or vegetables. Seafood is, of course, also part of our gastronomy but you can find it more in the coastal towns, mainly due to the high prices in areas far from the coast.

If you have more of a sweet tooth, Dominican desserts will definitely be an adventure and the use of coconut is a key element in most of them. In my house when we prepared sweets you could feel the air impregnated for hours with this aroma.

Going back to the memories, I remember how during the power outages, that are constant in the Dominican Republic, my family and I will go out to the porch looking for some relieve. No one was able to tolerate those Caribbean summer nights without a fan, TV, or ice-cold water I still can remember how the smell of coconut would hang in the air, even outside on the porch.

Dominican cuisine is certainly not a world staple. However, if you’ve never experienced the flavors of the Caribbean, I am sure you’ll be in for a good surprise with the intensity of the aromas and the different combinations you can find. If you have, I think you can agree with me that exotic and adventurous are two words that come to mind.

* This is an edited [longer] version of a post called “Memories From My Dominican Kitchen”, published on the digital magazine Multicultural Familia on August 10, 2011.

Previous Post: « We Can’t Wait Any Longer For Change #WeWontWait2016
Next Post: 3 Happiness Lessons Our Kids Can Learn From Dominican Culture »