When you think of the history of the world it is immediately obvious that migration has always been part of the human experience. Different reasons have led people to embark on journeys that have taken them to foreign lands and unknown cultures, and our modern society is the byproduct of those journeys. The language to define those who migrate has been divided in two terms that often cause contention: you are either considered expat or immigrant and depending on the category you fall into your experience in your host country is bound to be drastically different. 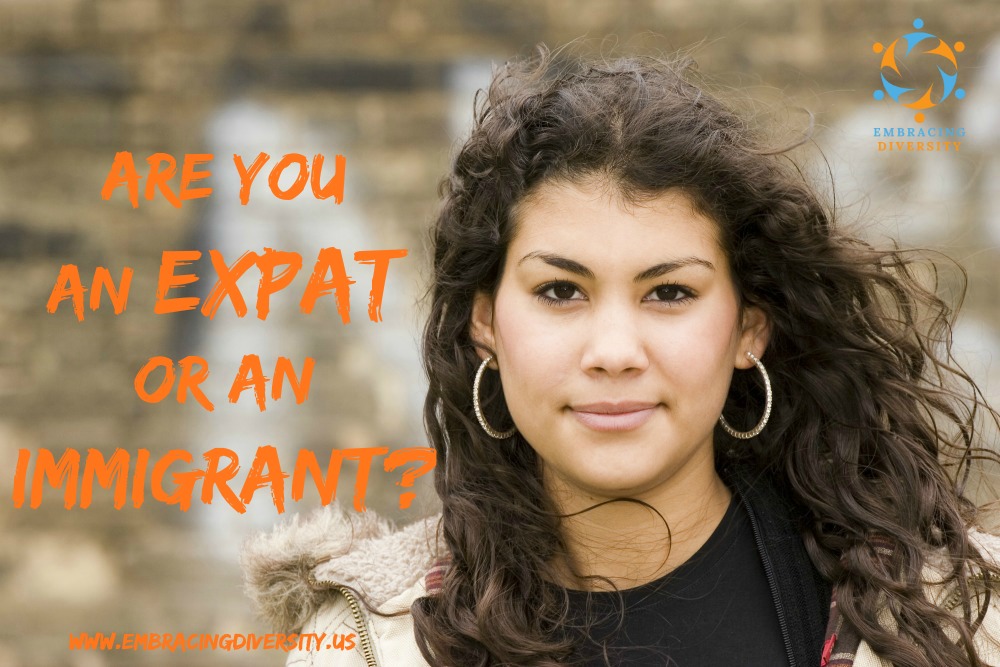 Before deciding whether you are an expat or immigrant, that is if you don’t already know in which category you fall, I think it’s important to examine what those terms mean and why, to many, they were created to benefit privileged people and make those who are less privileged continue to be on a lower level of sorts. Are these categories classifying people due to race and class? Or is the politics that influence the way migrants are viewed? Mainly one of those, but I’d argue the others also play a role, and I’ll get into that.

While you read this you are probably thinking that I should just go and check the dictionary to solve this dilemma, and I did! That’s exactly where one can be even more confused about this topic, and here is why:

As per the Merriam-Webster dictionary an immigrant is “a person who comes to a country to take up permanent residence,” while and expatriate is when a person decides “to leave one’s native country to live elsewhere”. All of these amounts to about the same thing, a person leaving their country to live in another one and a person who goes to a country to take permanent residence. Did someone said potato? I heard pothato… or in other words, you can say expat or immigrant and they are both people who left their country of origin to live elsewhere.

That’s why many feel the term expat (a cooler way to say expatriate) is just another way in which white privilege manifests since often times, a great majority of them to be exact, the image of an immigrant it’s a person of color (brown, black, asian) and the image of an expat is a hip, backpacker white American or European person. Moreover, in fact, a lot of people in either classification fall under the previous description, and one might argue that proves the terms have a negative racial intent. Of course, when it comes to the question of expat or immigrant it’s a bit more complicated than that.

Am I An Expat or Immigrant?

As you guys know, I’m a self-proclaimed immigrant from the Dominican Republic living in the United States. What makes me an immigrant is not my beautiful mocha skin color as many might assume, what awards me such label has more to do with international politics and the standing of poor, underdeveloped, countries like the Dominican Republic in terms of visas to other countries around the world. As a Dominican, there weren’t many places I could visit with just my passport as I was required to get a visa to travel to most places, including the United States.

In my case, before becoming a US citizen I was an immigrant and I required first a visa and then a green card to live and work in the United States. The reason being the agreements between the US and the Dominican Republic and what’s allowed. Now, as a US citizen, I would become an American expat if I were to move to any of the countries in Europe in which American citizens don’t need a visa to enter and might get work permits more easily than if I were to try that with my old Dominican passport.

Such status will not be awarded to me on the basis of being me, Dania with the gorgeous mocha skin, lol. The expat classification comes from the diplomatic agreements between the US and the country of my choosing. Then, being expat or immigrant has nothing to do with race and class? Well, not quite…

The reality is that for the majority of countries that are impoverished their citizens require visas, permits and lengthy processes to go live and work in wealthy countries and the majority of those citizens are people of color. Unfortunately, people of color have less wealth overall in the world and when it comes to migrating it’s not a matter of being an expat or immigrant as if one could choose which one to be, it’s just the visa process you have to go through. That’s when the intersection of race and class cross paths with the politics.

So, is it classifying people as an expat or immigrant is racist? It’s not an implied racist term as it’s just a definition for people migrating on the basis of the political agreements between the countries they are from. However, it IS evidence of the inequalities people of color experience around the globe and the struggles we experience to do things that for more privileged people take for granted. Are there white immigrants? Yes! Are there black, brown and asian expats? Yes! So, in the end, it’s all about which country you are a citizen of and what kind of deals they have made in the international diplomatic stage.

What about you; do you consider yourself expat or immigrant?