In the year 1993, 25 years ago, Dr. Maria P. P. Root wrote the Bill of Rights for People of Mixed Heritage, a ground-breaking document to empower people of mixed heritage to assert their identities, whatever that might be. In the United States, people that seem ethnically ambiguous have remained either invisible or forced to pick a “side” based on the way they look. Although this was published so many years ago, it is still relevant and important for people to read, acknowledge and share widely. 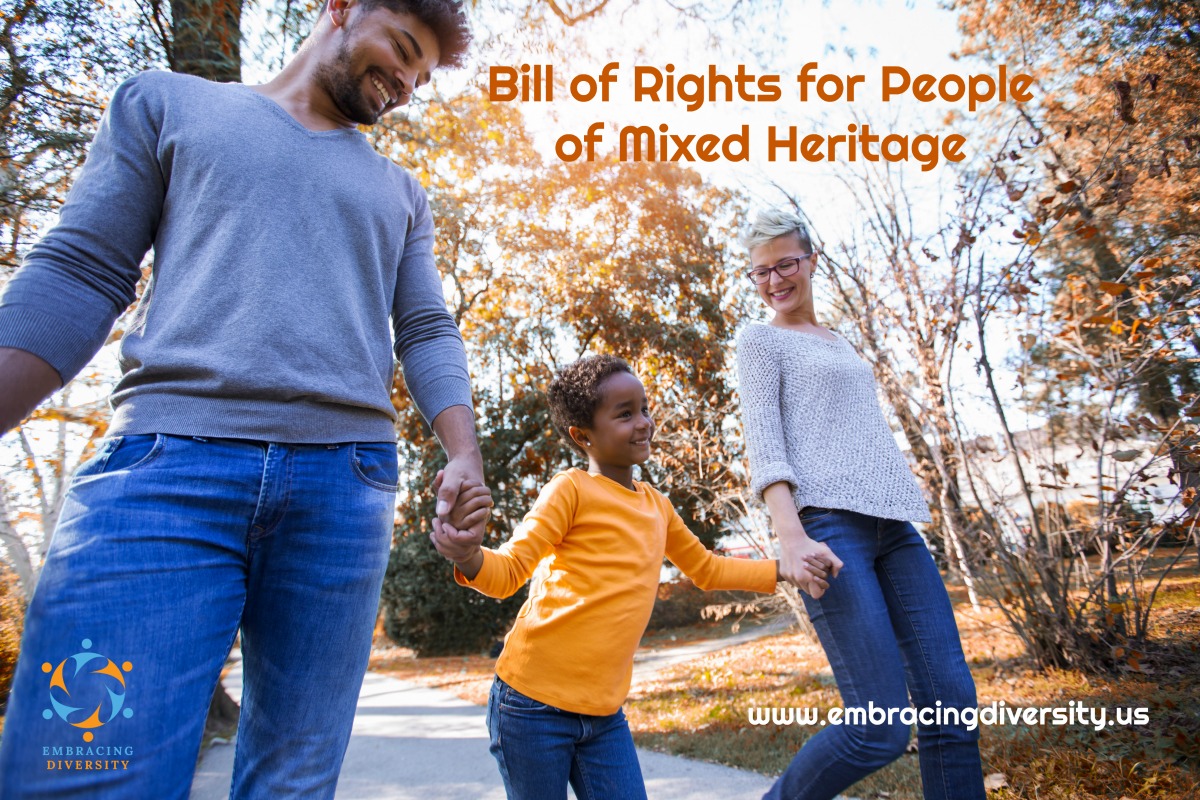 Bill of Rights for People of Mixed Heritage

I HAVE THE RIGHT…
To create a vocabulary to communicate about
being multiracial or multiethnic.
To change my identity over my lifetime–and more than once.
To have loyalties and identification with
more than one group of people.
To freely choose whom I befriend and love.

Dr. Maria P. P. Root, Ph.D. was born on September 13, 1955. She is a clinical psychologist, educator, and public speaker based in Seattle, Washington. Her areas of work include multiracial families, multiracial identity, cultural competence, trauma, workplace harassment, and disordered eating. She is an international authority on mixed heritage identity, credited with publishing the first contemporary work on mixed-race people. She has presented lectures and training in various countries, both in and outside of academia. Dr. Root is a former President of the Washington State Psychological Association. She has served as Chair of the APA Board for the Advancement of Psychology in the Public Interest and as a member-at-large on the Board of APA Division 45 (Society for the Psychological Study of Ethnic Minority Issues). Currently, she has her own private practice. She has served on the advisory council of The Association of Multiethnic Americans and the board of advisors of The Mavin Foundation. She co-founded the Journal for Critical Mixed Race Studies in 2011. [Source: Wikipedia]