“Say something in English,” he said. “Oh, say something in English… what do you want me to say in English? You prefer mami talks to you in English?,” I said. “Yes,” he answered. If you follow me on Instagram, you probably watched this video of my toddler asking me to switch to English. As a mom raising kids to speak both Spanish and English, I’ve had my share of bilingual parenting mistakes along the road, and I’m still learning with my youngest as each child brings its own set of challenges. 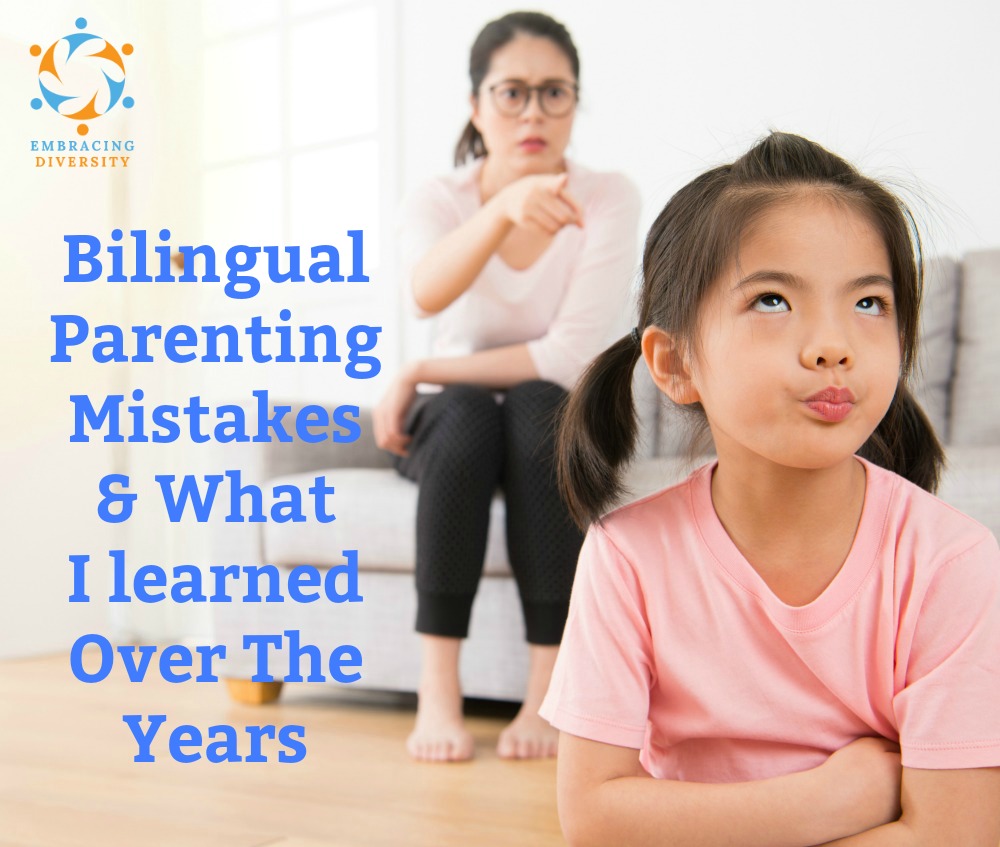 For many, raising bilingual seems like a challenging task that requires time and attention that is already scarce in the life of a mom. In my experience, the rewards of teaching the minority language to my children far surpass the effort it takes to be consistent in teaching them as a part of our daily lives. Of course, I’ve also made many bilingual parenting mistakes along the way and I’m better because of them today.

I must confess that some days can be frustrating when we feel our children are not responding or are simply refusing to speak the minority language. However, in motherhood, many of our endeavors can be frustrating at times, and even stressful. The important thing is to keep in mind our goal, as well as taking into consideration the unique needs of each of our children.

As moms, we face pressure and criticism on a daily basis and there is no shortage of people who would point out the bilingual parenting mistakes we make in our journey to raise bilingual children. We often receive advice on “best practices” about pretty much everything we do, from bedtimes to school choice, to “why we should not confuse our kid and just teach them English”. We file that under things we take with a grain of salt and move on to continue with what we feel is best for our kids.

Despite all that, we worry if we are doing it right and wonder what are we doing wrong, and as such, we want to know how to fix it. That’s why I’m sharing 10 bilingual parenting mistakes I’ve made over the years, and the solutions I’ve come up to solve them. 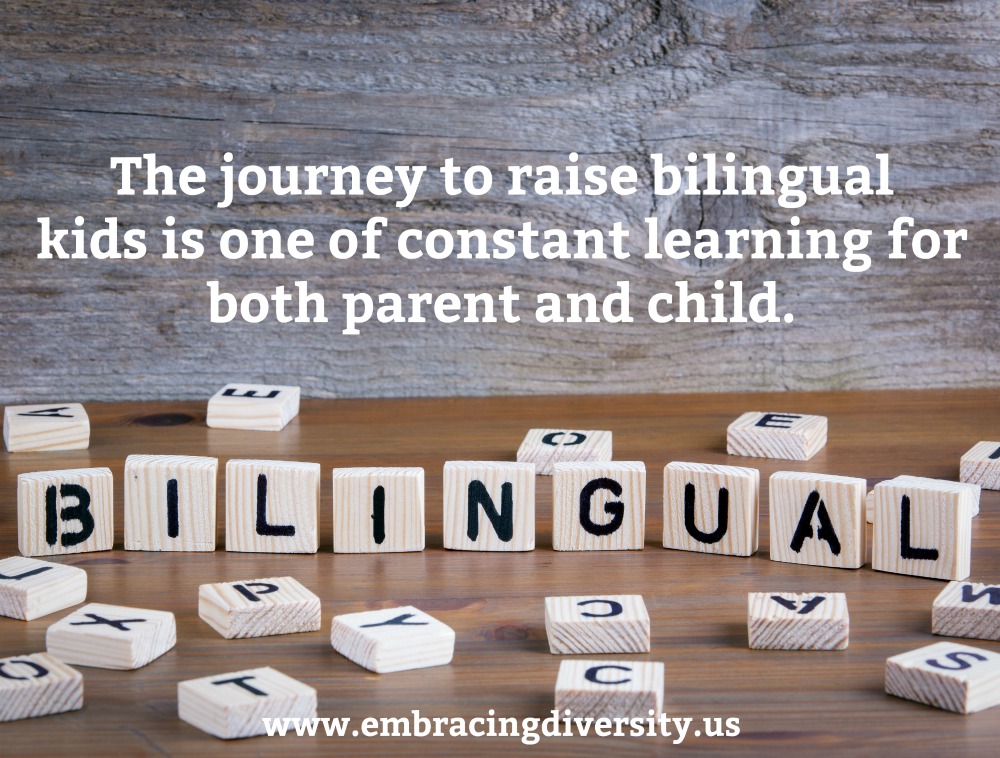 These are only a few of the mistakes I’ve made in parenting bilingual kids, and I’ve also heard my share of misguided advice from doctors and concern friends and family members. As moms, it is best to seek information and learn as much as we can about what’s best in terms of raising bilingual children and make decisions based on what’s the right approach for our own children and their unique needs and abilities.

I’d love to hear from you! What have you learned in your bilingual parenting journey?

Previous Post: « Teaching My Daughter A Lesson On Courage Through Malala Yousafzai Story
Next Post: Head Lice Doesn’t Discriminate: A Former Piojosa’s Quest To Keep Lice Away From Her Family »