Papi tiene cáncer. The words no one ever wants to hear. There is never a good time to hear such a thing, but I felt the gut-wrenching news hit me at the worst time possible and being vulnerable wasn’t an option for me… 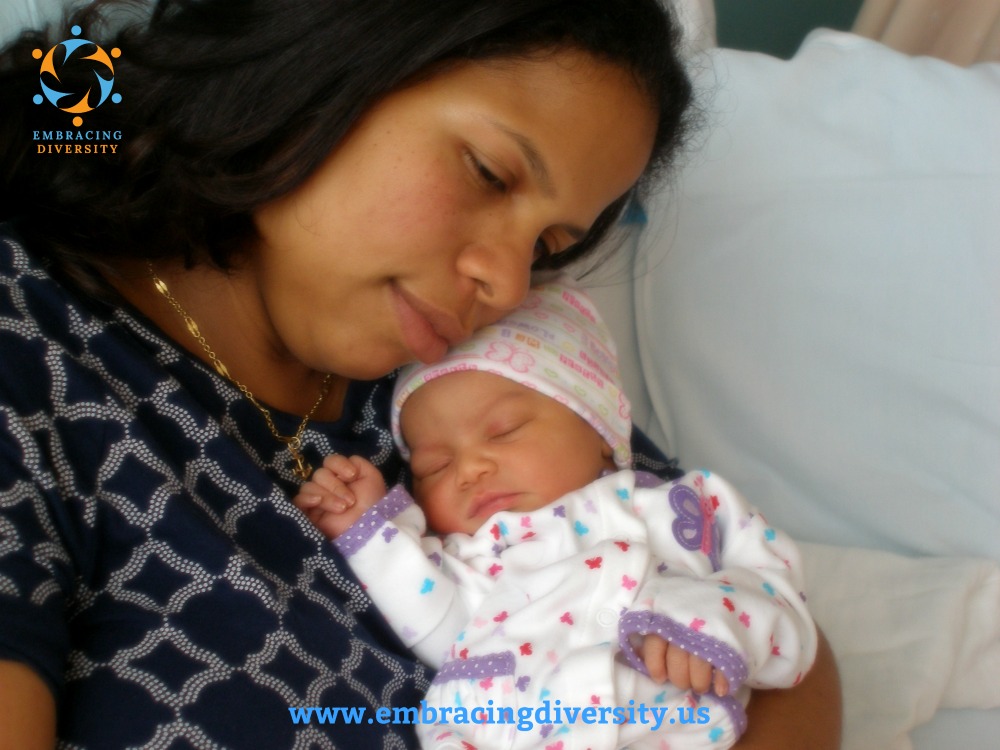 Walking was still painful from the c-section so I walked slowly to my sister’s apartment; it was not far from mine. I was met with the sound of the teapot and the aroma of ginger and chamomile as I opened her front door. I found her sitting on the bed with the TV on. I managed to sit with her help and soon after she started talking. I was immediately shut as she shared what she’d known for weeks.

I had delivered a healthy baby just a week before and I was feeling relieved after 40 weeks of lonely anguish due to a high-risk pregnancy. But now, the anxiety was back again. I felt completely alone, again. I was unable to say a word.

Just the thought of mentioning it to someone gave me physical reactions. I’d get sweaty palms, heart palpitations and a knot in my throat. Although I enjoy talking about current events, movies and politics, when it comes to talking about myself and my life’s challenges, I get tense and anxious, like a kid about to get caught doing something wrong.

The news came in my weakest moment, after two very trying years for me and my family following our move to North Carolina. My grandmother died right after we moved and the savings we had for the next few months were gone. I lost my main client and my husband wasn’t making enough money. By the end of my pregnancy, we were completely broke, but I was relieved that in a couple of months I could go back to work and things could improve.

At that moment, the joyful chirping of the parakeets in the living room was deafening, like a slap in the face on that obscure minute in which, again, nothing was well with the world. I felt like a pressure cooker struggling not to explode with so many untold truths, so much I was keeping in: the grief of my mother’s death, the fact that we were financially broke, the loneliness of being in a new city and having no one, the shame and deep sense of defeat.

“Uno es dueño de lo que calla y esclavo de lo que dice,” was my life’s motto since I was a teenager. A part of me wanted a shoulder to cry on, someone to lean on so I could release everything I had inside. I wanted to tell my best friend, but I couldn’t bring myself to do it. I felt, if I did, I was surrendering control. Somehow this will bring me and my dad shame.

In hindsight, I don’t know why I felt that way about the news, getting sick is not shameful. But saying something out loud makes it real, and I just wanted to wake up one day and realize it was just a nightmare. I had a binding contract with silence. I had pledged allegiance to silence all my life because, la ropa sucia se lava en casa. This time, it was killing me. I was scared, alone and ashamed, and not talking about it didn’t feel safe anymore. 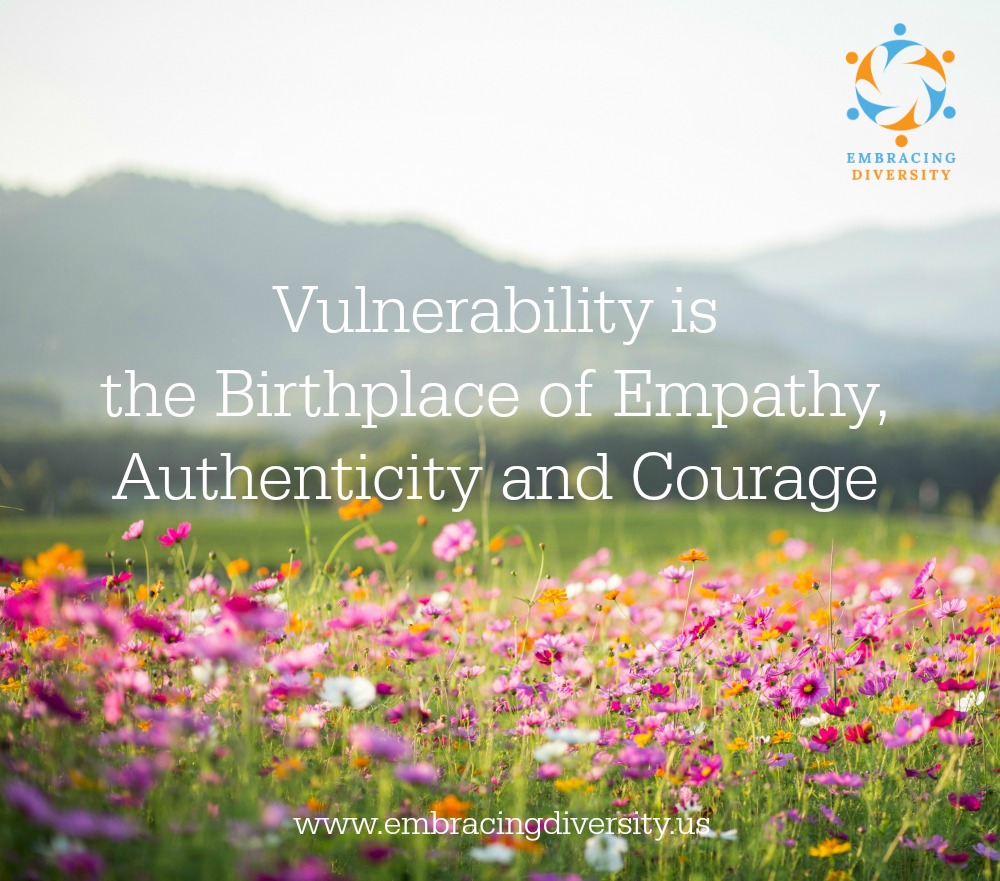 I spent weeks locked in my bedroom, crying where no one could see me. I was the martyr of my own telenovela: worried about the lack of money and the future of my children and beating myself up on a daily basis about my decision to move to North Carolina, leaving the established jobs my husband and I had. I had my own pity party and I was convinced there was no light at the end of this very dark tunnel.

After weeks of doing this, I realized that not being vulnerable, pretending everything was okay would just bring me more misery. I had to summon the courage to allow myself to open up and embark on a journey towards vulnerability and transformation to align myself with what could bring me freedom.

I pledged to be courageous and open up, but this doesn’t happen like turning a switch. It took me two years just to begin to scratch the surface, to seek help. But I did. Through coaching, I realized the need for me to heal my emotional wounds and lose my fear of being vulnerable.

It has been an emotional journey with many ups and downs, being afraid to open up, to change, resisting the very freedom I have been seeking. Doing inside work has been challenging in ways I didn’t want to experience, facing my own fears and mistakes, taking responsibility for my own life, about the issues I was facing, but most importantly, about the future I want to build.

At times, it has been painful to be vulnerable even if only with my coach in the privacy of our sessions. Once again feeling overcome by shame, feverish and anxious as I peel the layers and confess to her, things I haven’t told anybody. Sometimes I tell her things to feel less of a burden, often times she pushes me to move forward when I resist to do it. Despite the struggles, I continue to work to change my mindset so I can embrace the person I want to be.

Lao Tzu said that “a journey of a thousand miles begins with a single step”, and as such, with sharing my own journey with all of you, I’m saying yes to being more vulnerable, more open and more truthful. I now know that it isn’t easy or pretty all the time, this business of being vulnerable, but I also know that it is necessary to have more harmony and peace in my life.

In this post I already told you about my struggles with being vulnerable; but I also want to tell you that despite how difficult it has been, I’ve committed to change my life and that is not possible without been accountable with myself, getting rid of negative emotions, and being truthful with myself and others. I’ve come to a point in this process that allows me to see that even when it can be difficult to be vulnerable it is necessary for me to achieve a kind of freedom I haven’t experience before.

It has been more liberating than it has been difficult to put myself out there and be vulnerable, so I’m confident it can only lead to more freedom and joy. Through being vulnerable I have been able to connect with people at a deeper level, it allows me to feel less of a burden when facing difficult situations, it’s actually better, to tell the truth, it gives me a sense of belonging and helps me relieve stress. It is healthier not trying to be superwoman while strengthening close relationships, having more empathy and kindness through letting others in. Being vulnerable has also strengthened my relationship with my kids, making me a better mom, which in turn helps me teach them it is okay to be vulnerable so they can embrace it as well.

Today, I pledge to be grateful, to seek happiness, to feel joy amidst life’s challenges. More than anything, I pledge to be honest. The road starts here, with all of you. I’m surrendering, putting down my guards and I’m excited to see the beautiful destinations it will take me.

Previous Post: « Cross-Cultural Friendships, Community And Wisdom At The Families In Global Transition Conference In The Netherlands
Next Post: Reflections On Ethnicity Bias In Business Lending And Securing My Financial Future + Conference Recap »