Last year, in the midst of all the craziness of the electoral campaign, my nephew came home telling us about a conversation his teacher started. He talked about what will happen to immigrants once our now president won. Before I go any further, I must warn you this is not your typical story of the discrimination in US schools, because my nephew is not your [stereo] “typical” Latino kid. It was the beginning of the year and no one knew who will ultimately win, but that didn’t stop what he heard in the classroom from hurting my nephew. 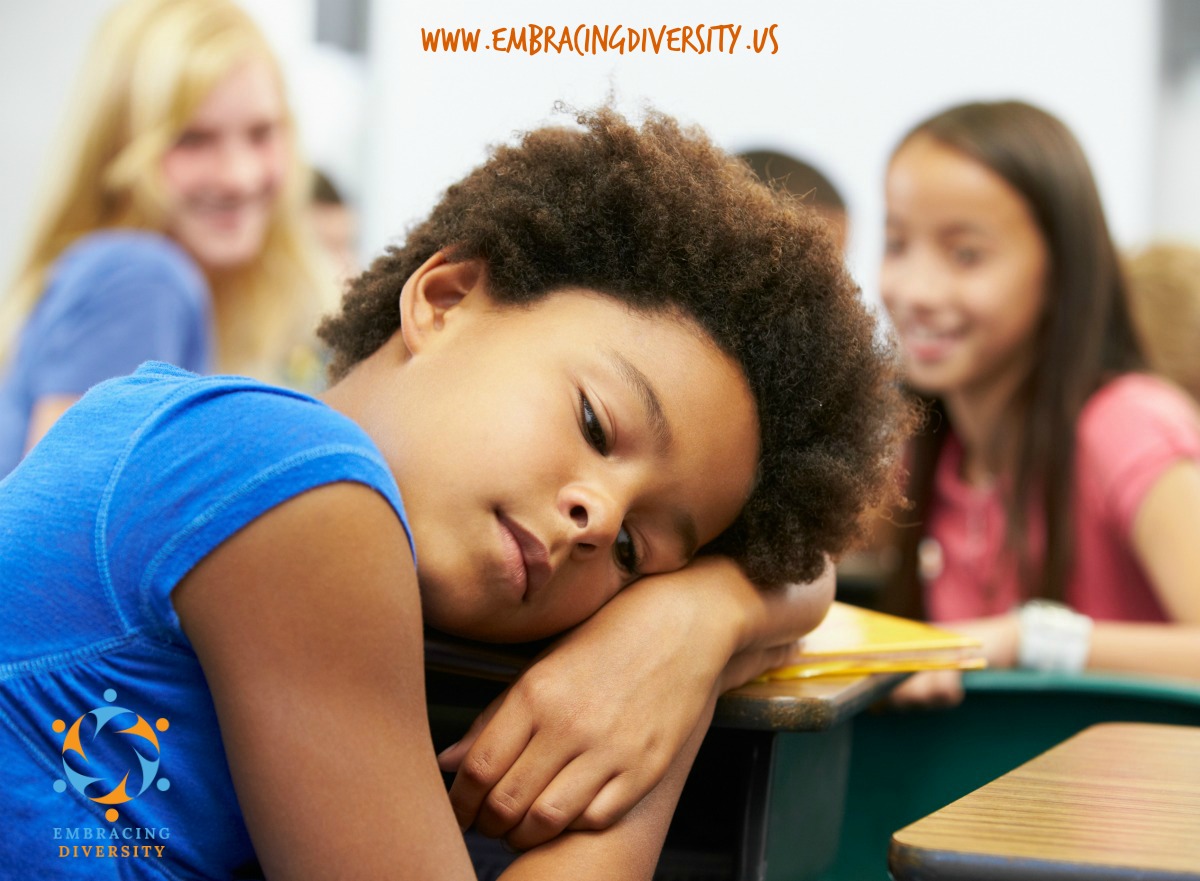 When Tony talked about what was said in the classroom I asked him what did he think about that, as I reminded him that  both his mom and I are immigrants. He got really quiet really quick, he didn’t want to talk about it. I could see how concerned he was by the thought of his mom being “send back”. Fortunately for my nephew, no one was directing those comments at him in the classroom. He is a white, hazel-eyes kid after all. His skin protects him from the widespread discrimination in US schools that affects American Latinos, African Americans, and other children of color.

I was really upset about a teacher using his power to influence young minds for a political reason; planting ideas he had no right to plant and that will affect their daily lives in one way or the other. At the same time, I was glad my nephew was spared from direct bullying or discrimination. He was able to get upset and talk about the topic in a safe place in which we were able to addressed his concerns. Unfortunately, we know, he is an exception as discrimination in US schools against Latino children continues to increase.

Discrimination In US Schools & Latinos

As the numbers of American Latino students grow within the school system, so has increased the discrimination in US schools, impacting the most vulnerable population in the United States as a great majority of these students come from poor Black and Latino neighborhoods. A report from the Government Accountability Office (GAO) created to help agencies identify disparities and address racial discrimination, was based on the most recent data available from 2014. The report shows that discrimination in US schools doesn’t start -or stops- at inappropriate teachers or student bullying, it is in fact embedded in the school system as students of color attend schools with less resources and less opportunities to achieve academically:

“…the percentage of all K-12 public schools that had high percentages of poor and Black or Hispanic students grew from 9 to 16 percent, according to GAO’s analysis of data from the Department of Education. These schools were the most racially and economically concentrated: 75 to 100 percent of the students were Black or Hispanic and eligible for free or reduced-price lunch—a commonly used indicator of poverty. GAO’s analysis of Education data also found that compared with other schools, these schools offered disproportionately fewer math, science, and college preparatory courses and had disproportionately higher rates of students who were held back in 9th grade, suspended, or expelled…” 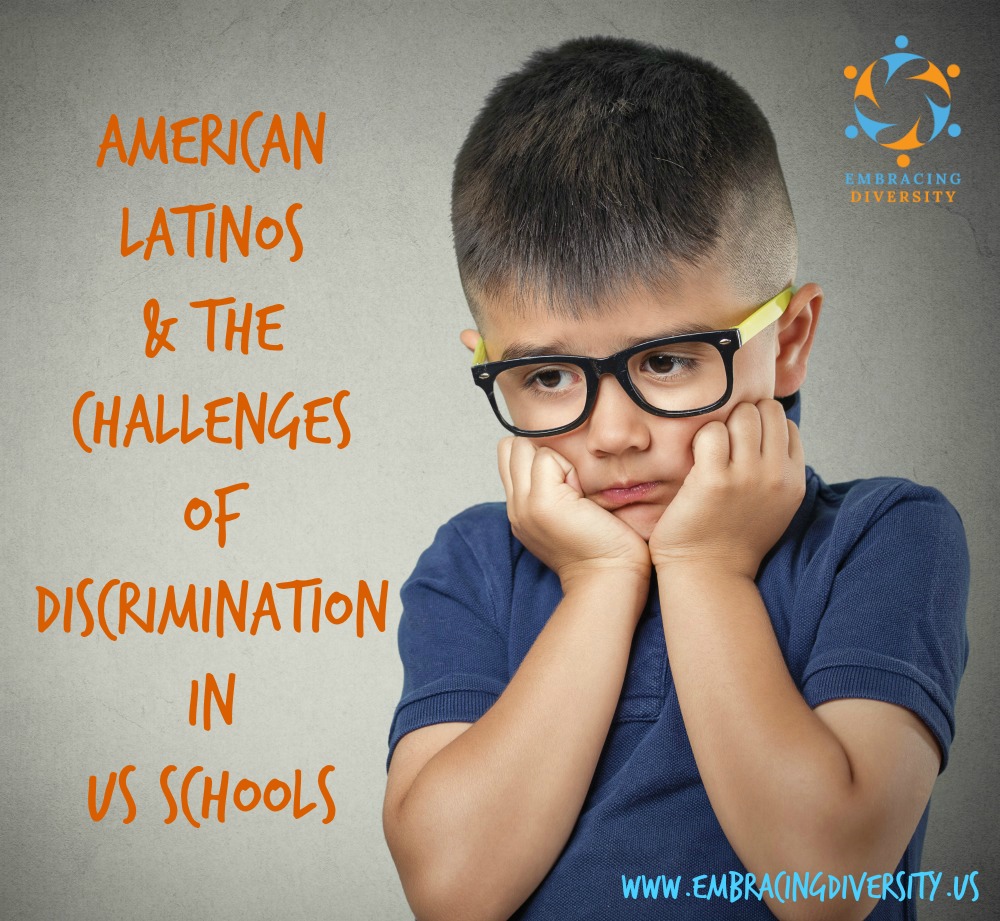 Along with the issues of poverty and low-performing schools, in 2017 the discrimination in US schools has become more targeted towards Latinos. Reports from different organizations across the country talk about increase bullying, harassment and violence that seems to have spiked due to the rhetoric about illegal immigration from the government in which Latinos are considered front and center, despite the fact that the number of undocumented immigration from Latin America has decreased in recent years.

One in four children in the United States is Latino and a great majority (about 90%) of those children are US born Many of these children who are students in the k-12 system have fallen victim of the discrimination in US schools and are showing high anxiety levels, depression, lack of self-esteem and even suicidal thoughts.

As it usually happens with victims of bullying, many children skip school, are distracted, start acting out or simply lose motivation about school altogether. While it might seem that the issue of discrimination in US schools is a problem for minority families and the kids who face it, we are in front of a much bigger problem.

The demographic changes clearly show that Latinos are the largest and fastest-growing minority in the United States. The reality is that minority children are the future of the United States, they represent the workforce of the next few decades and we are setting them up for failure.

Has your child experience discrimination in school? What changes would you like to see in the system to eradicate this problem?

Previous Post: « How Telenovelas Shaped My Teens And How I Viewed Race #TheYearOf40
Next Post: Raising Culturally Aware Kids For The Global Society »